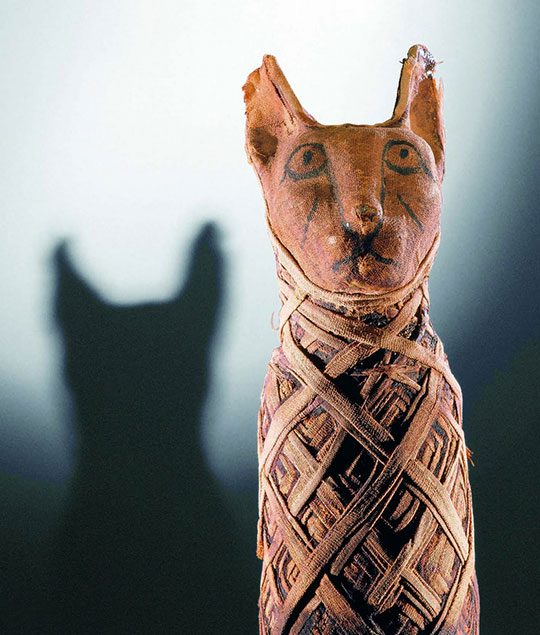 Image via Mummies of the World touring exhibition

The ancient Egyptians were equal-opportunity embalmers. They mummified not only people but also many animals, especially those considered symbols of their gods: cats, falcons, baboons, crocodiles, and other creatures. These little mummies are preserved in museum collections around the world, notably the Royal Ontario Museum of Canada.

Much of our knowledge of ancient Egyptian culture is based on funerary monuments and objects, simply because they survived. Because the Egyptians believed that the “ka” or the spirit lived on after death but still required a body, there was great emphasis placed on preservation of the body, whether human or animal.

During the mummification process, all internal organs except for the heart were removed and preserved in canonic jars. The brain, thought to be useless, was pulled out through the nostrils with hooks, then discarded.

Have you discovered any ancient Egyptian animal mummies in a museum collection? Drop a comment below. I love to hear your stories!