For people like me with a passion for traditional cultures, Abruzzo and Molise are among Italy’s most interesting regions. These rural communities—cut off from the rest of the Italian peninsula by formidable mountains—remain a secret for most international visitors. Travelers intrepid enough to veer off the beaten path are rewarded with a rich tapestry of traditional Italian crafts: lace, wrought iron, gold,ceramics, and most surprising of all—bagpipes.

The Ceramics of Castelli in Abruzzo

It all began during the Middle Ages, when the Benedictine monks of San Salvatore of Castelli began teaching locals how to pull clay from the mountains, and turn it into decorated pottery. By the 1500s, Castelli was producing a large volume of maiolica, ceramics bathed in a tin-based, opaque white glaze and then painted with bright colors. Some of these early ceramic artisans used the whole town as their canvas. The ceiling of the church of San Donato in Castelli is paved with ceramic bricks from the fifteenth and sixteenth centuries. Ceramic altarpieces, fonts, and street-side ex votos display saints and Madonnas painted by artisans of Castelli’s most important ceramic dynasties: the Pompei, Grue, Gentili, Cappelletti, de Martinis, and Fuina.

In the 1500s, Castelli’s artisans were commissioned to create a set of maiolica vessels to celebrate peace between theOrisini and Colonna families. These wares—bulbous vases and jars with handles, and busts of noblemen and women—inspired many imitators. Their bell-shaped vases, pot-bellied jugs, and flasks with large handles stood alongside those of other Italian ceramics centers like Deruta and Faenza. The ceramics of Castelli began to be widely exported outside of the Italian peninsula as luxury items.

Some time in the 1600s, Castelli departed from the traditional patterns and styles that made other ceramics towns famous, and the townmade a name for itself with“historiated,” or story-telling ceramics decorated with popular scenes from religion and mythology. Watercolor-like landscapes that treated the white glaze like a blank canvas also delighted the noble classes who consumed these pieces. Today, several dozen artisan enterprises in Castelli continue the centuries-old tradition of making these colorful wares. 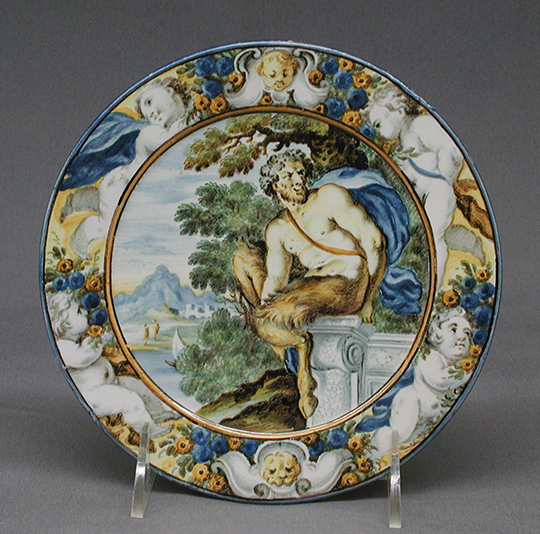 Bagpipes? It’s not what you’d expect to find in Italy, but some argue that the zampogna made in Scapoli—a mountain village of rural Molise–is the ancient ancestor of the Scottish instrument, allegedly introduced to Scotland by Roman soldiers. Centuries ago, bagpipes filled the air across Italy with their eerie, solemn cries, but today, Scapoli is one of the only towns in the country that preserves this ancient tradition.

No one knows when locals began making these strange instruments, but their origins surely reach back into antiquity. Just a half-century ago, nearly 20,000 sheep grazed the mountain grasslands outside of Scapoli, providing skins for making bagpipes. They formed a quiet audience for the shepherd who heard his own haunting melodies repeated back to him as echoes off the mountain walls. Today, few herds dot the verdant hillsides, and the zampogna is played mostly at festival times.

The Scapoli bagpipe is a type known as a double-chanter, with two sets of finger holes for producing its distinctive sounds. The instrument is a complicated contraption made of sheepskin bags, pipes of cherry or olive wood, and reeds made of cane. A handful of artisans residing in the Fontecostanza section of Scapoli preserve and pass on the ancient tradition and techniques for making these instruments. 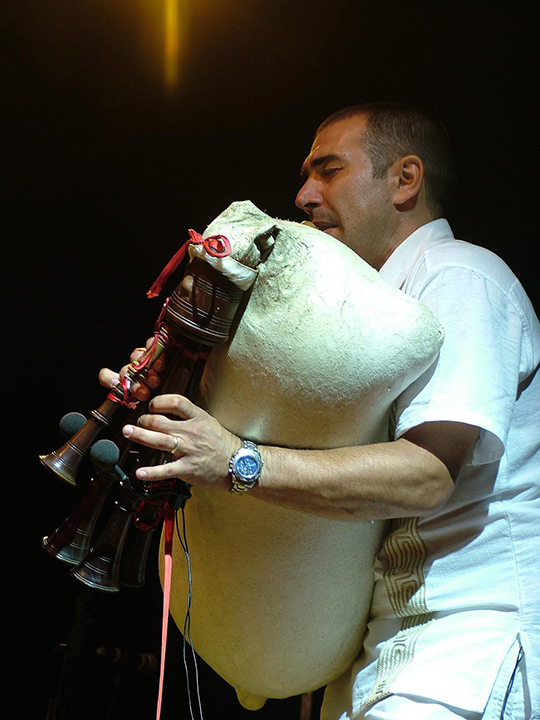 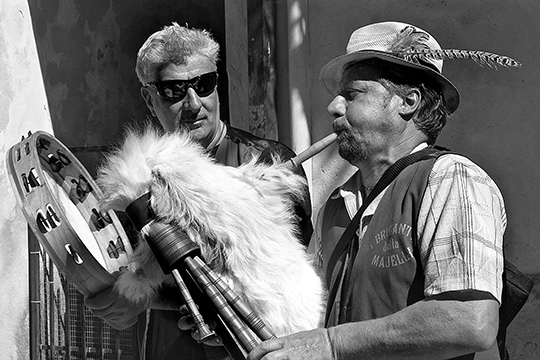 Where to Find Authentic Crafts in Abruzzo and Molise

Three days in late July transform the normally quiet town of Scapoli into a noisy cacophony of sound with an international bagpipe festival. The eerie sounds of the zampognari playing these wind instruments–combining wood, sheepskin, and metal—fill the air, and demonstrations of artisanal techniques provide a unique look at this ancient craft.  Local culinary specialties, like goat’s cheese and black olives, complete the event.

At other times of the year, start your visit at the Museo della Zampogna in Scapoli to learn more about this ancient instrument. If you want to take one home, prices for Scapoli bagpipes run between 200 and 1000 Euro, depending on how they are outfitted, what types of wood are utilized, and their decoration.