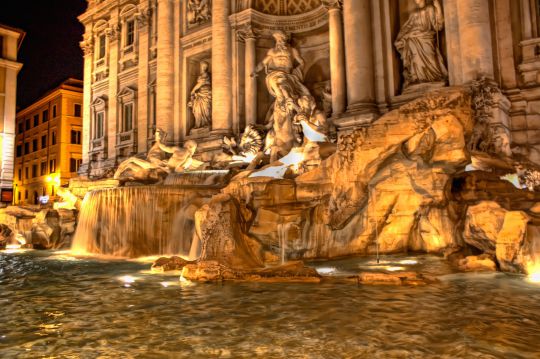 Rome is nothing if not impressive. The scale and density of the city’s ancient monuments, Baroque architecture, and public works of art provide a feast for the eyes, but they also overshadow the city’s unjustly overlooked artisans of Rome. Traditional workers of metal, marble, ceramic, glass, and other media are tucked into neighborhoods across the Eternal City. Memorable discoveries and a powerful, palpable connection to the past await those who take the time to locate these unsung masters.

Historically, many Roman artisans occupied the working-class neighborhoods on the southern bank of the Tiber. The Trastevere section of town has housed shoemakers, glass blowers, sculptors, marble workers, and other tradespeople since ancient times. Today, the neighborhood retains the flavor of an artisan neighborhood, but small workshops occupy nearly every quarter of the city.

One of the most enduring craft traditions of Rome is the working of gold, silver, and other metals. The ancient Romans inherited a rich tradition of metalsmithing from the Greeks and Etruscans. These tradespeople passed their skills from father to son, master to apprentice, over many centuries.

If you can resist the allure of the many jewelry shop windows and instead head to a good artisan goldsmith with a workbench set up inside the studio, you may be lucky enough to watch small masterpieces in development. If you’re serious about coming home with an authentic piece of Roman gold, make an appointment with an artisan goldsmith, and collaborate on the design of your dreams. You’ll go home with a tiny treasure you will value as much for its superb craftsmanship as for its connection to the ancient past. A few of the city’s finest goldsmiths are clustered between the Colosseum and Vatican City (try the Via del Clementino, the Campo Marzio, and surrounding streets).

Roman marble workers also continue the traditions of their ancestors, creating stunning inlaid furniture, pavements, large-scale sculpture and smaller decorative works that would be at home in any ancient Roman villa. Today, marble workers cluster along the via dei Coronari between Piazza Navona and the Tevere. Antique pieces can be uncovered in the shops along the via del Governo Vecchio. 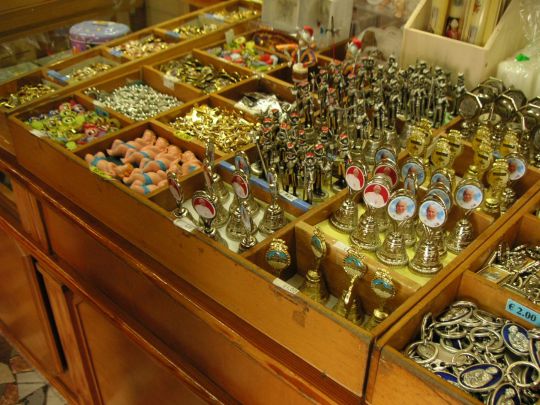 Heart of the Roman Catholic world, shops in Rome spill over with rosaries, ex-votos, statues of saints, and many other devotional objects. Naturally, many of these shops cluster around Vatican City. If a religious souvenir is on your list, take the time to locate one with artisans crafting the work on site, and you will be rewarded with a one-of-a-kind memento of your trip and an appreciation for the work that has gone into it.

To truly appreciate the heritage of Roman craftsmanship, visit one of the city’s excellent museums. For example, the Musei Capitolini and the Museo Etrusco Gregoriano, part of the Vatican Museums, carry impressive collections of Etruscan and Roman jewelry. If you’re a fan of all Italian craftsmanship, it’s worth the trip to the outskirts of the city to see the Museo delle Arti e Tradizioni Popolari, a treasure trove of traditional objects from every region of Italy.

Have you discovered any great artisans in your travels to Italy? Drop a comment below. I love to hear your stories!