Authentic Calabria: Squillace is a ceramics destination on the toe of Italy’s boot

Authentic Calabria: Squillace is a ceramics destination on the toe of Italy’s boot

Around the toe of Italy’s boot lies a coastline marked with clear waters, craggy cliff sides, sandy coves, and stones worn smooth by the waves. High above it all, the town of Squillace perches on a towering hillside, with a distant view toward the ocean. To walk the narrow streets of Squillace today, you would never guess that this off-the-beaten-track town of descending alleyways, unpretentious restaurants, and artisan studios boasts one of the most enduring legacies of ceramics production in all of Italy. 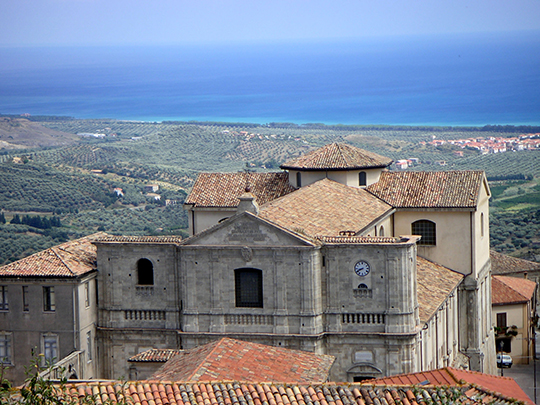 With its unparalleled vista over the countryside and the sea, Squillace made a natural strategic choice for the ever-changing powers of ancient Greek, Byzantine, and Norman rulers who sought to dominate Italy’s southern coast. In those centuries, the sea posed more of a threat than an opportunity. At the same time that the town’s rulers concerned themselves with matters of defense from potential invaders, the town’s artisans turned their attention to a local tradition that has stood the test of millennia: decorated ceramics.

Thanks to local archeological finds, we know that ceramicists were at work at least as far back as the time when Squillace was a Greek colony called Scylletium. At that time, potters crafted utilitarian plates, bowls, and pots for local use, as well as large terracotta jars for transporting oil and wine in great merchant ships across the Mediterranean. The Romans, who called the town Scolacium, continued the ceramics tradition. Along with other southern ceramics-making families in the town of Grottaglie, in Puglia, Squillace’s artisans had already made a name for themselves over the course of the Middle Ages. By the 1500s, ceramics rivaled agriculture as Squillace’s major industry. 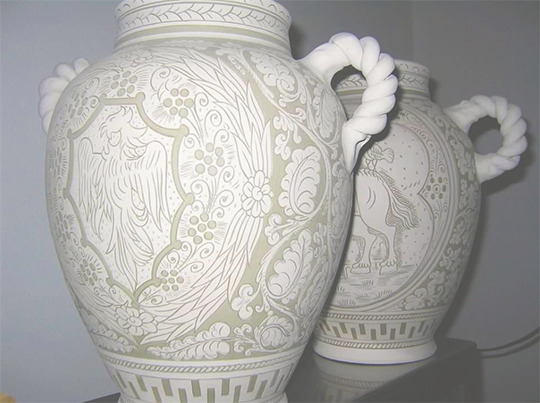 Squillace’s artisans became known for decorating ceramic wares with graffito, an impressive incised effect. By the Renaissance, Squillace was already known for the technique, which may have been practiced already for centuries by that time. Graffito ware from Squillace made its way into the collections of noble families across the Mediterranean.

The graffito technique involves scratching an intricate design into the clay with a sharp tool after a whitish glaze has been applied, a process called ingobbio. When the piece is fired, the incised design makes a stunning contrast of white against the warm, ruddy color of the fired earth. The result: intricate floral and animal decoration, with rich compositions of decorative elements. 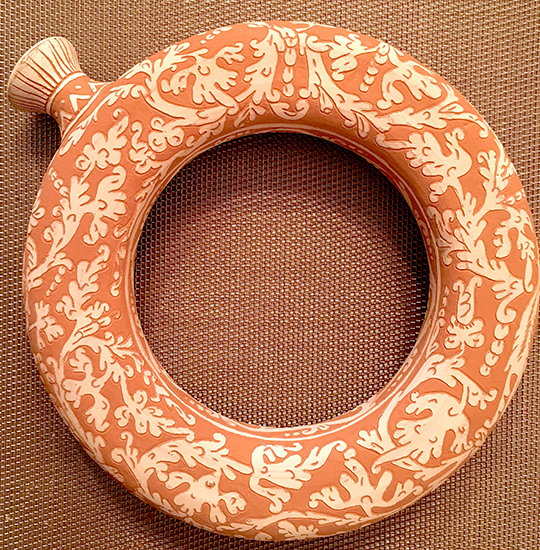 What to look for: 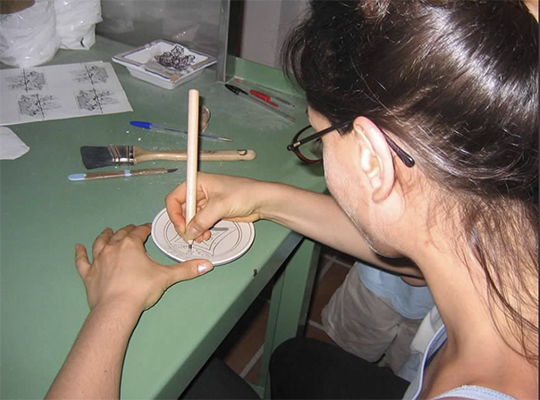 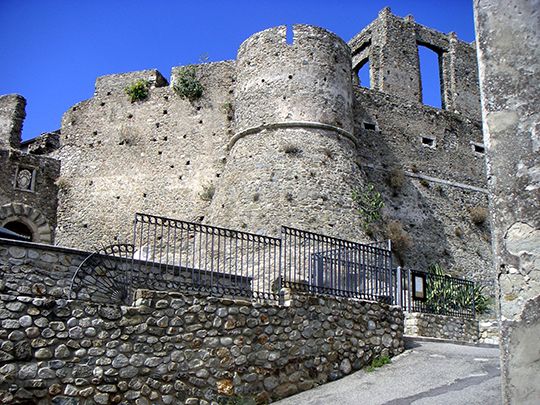 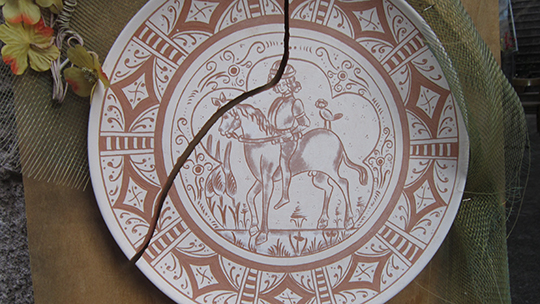 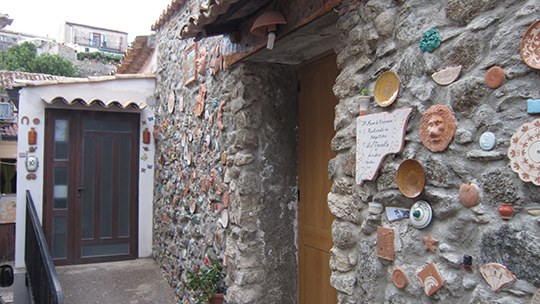 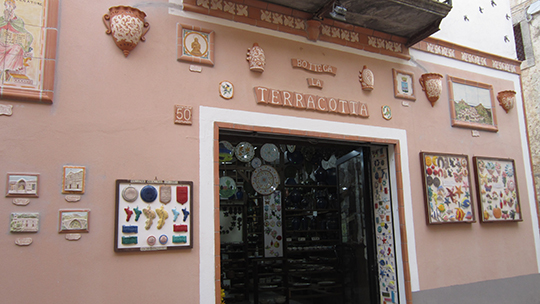 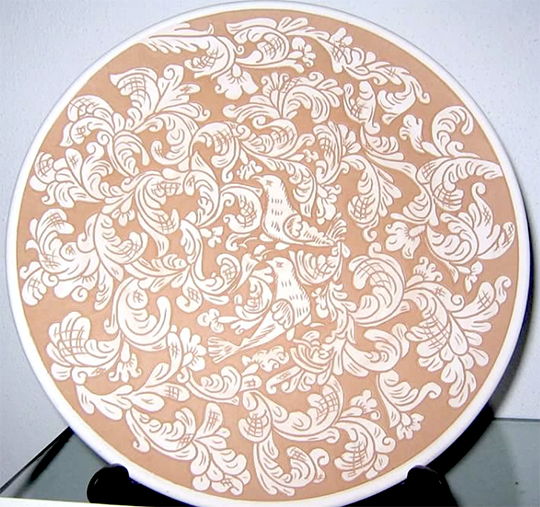 Other things to do in Squillace

Ceramics are just the beginning in Squillace. Here are a few other local wonders to explore:

Have you visited Calabria? Many Italian-Americans trace their heritage to this region. Share your favorite word in calabrese dialect below! 🙂