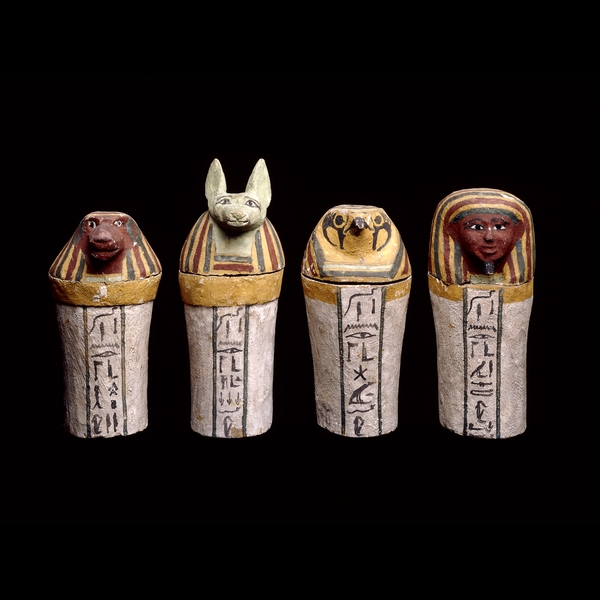 During the mummification process, ancient Egyptian embalmers removed the organs of the body considered most important–the intestines, the liver, the lungs, and the stomach. These organs were then placed inside so-called “canopic jars,” often crafted from terra-cotta or wood.

Traditionally, the lid of each canopic jar bears the head of one of the four Sons of Horus, each believed to protect the jar’s contents.

The hieroglyphic text on each jar sometimes contains a protective inscription, specifies the respective guardian deity, and may name the deceased person whose organ it contains. Today, canopic jars are found in important museum collections of Egyptian antiquities around the globe.

To read about the ancient Egyptian practice of mummifying animals, click here.

Have you discovered canopic jars in a museum collection? Drop a comment below. I love to hear your stories!