Southern Italy boasts a surprisingly diverse range of ceramic styles—everything from the milky-white porcelain of Naples to the serious and somber tones of Castelli and Squillace, to the bold shapes and fun colors of Vietrisul Mare and Grottaglie. A few of the major ceramic traditions of southern Italy trace their roots to the time of the ancient Greeks, but the Etruscans, Romans, and medieval inhabitants also left their mark. Naples and the Amalfi Coast encapsulate the two extremes of this diverse landscape of southern Italian ceramic styles. On the one hand, the Amalfi Coast is well known for its tradition of colorful, whimsical maiolica ceramics. Naples, on the other hand, has made its mark on the history of porcelain with its delicate white and pastel-hued pieces turned out in the royal porcelain works at Capodimonte. Today, these two traditions remain vibrant, and offer an unparalleled opportunity to experience the centuries-old tradition of pulling Italian clay from the earth and transforming it into something truly special.

Capodimonte is a distinctive style of porcelain that stands apart from all the other ceramic traditions of southern Italy. This delicate, ornate porcelain historically produced outside of Naples is immediately recognizable for its tiny pastel flowers, sprays of buds, baskets, and elegant figurines.  Today Capodimonte is a popular collectible throughout Italy as well as abroad.

Throughout the Middle Ages, European traders and explorers brought small works of porcelain home from their travels in Asia. However, the history of European porcelain begins in the seventeenth century, when Portuguese and Dutch traders began to import porcelain from Asia in larger numbers. These hard, durable, yet delicate and translucent white vessels appeared novel to Europeans, and the wares found a hungry audience among European nobles. Asian porcelain soon came into vogue, and in Italy, the more traditional brightly colored maiolica began to be viewed as old-fashioned.

Soon, Europeans sought to imitate Asian hard-paste porcelain and produce it themselves on a large scale. Wealthy classes of Europeans snapped up early Dutch imitations of Chinese export porcelain made in Delft. Augustus II, prince elector of Saxony and king of Poland, had his royal artists attempt to copy the imported Asian wares, and soon heads of state all over were doing it. By the eighteenth century, porcelain tableware and figurines were all the rage among royals and nobles, and these tiny collectibles remained inaccessible to the lower classes. In European capitals, the upper classes coveted little figurines of peasants, delicate flowers, and other tiny porcelain wares. Among the royal courts and aristocracy, a brisk competition ensued for the most beautiful and sought-after porcelain works. This competitive spirit resulted in some of the world’s most enduring porcelain traditions, including Sèvres, Meissen, Wedgwood, Villeroy&Boch, Limoges, Spode, and others.

The Neapolitan origins of this fancy porcelain lie in the Bourbon royal court of Charles III, who ruled Naples in the 1700s. Charles’s queen, Maria Amalia Valpurga, was the granddaughter of Augustus the Strong, the founder of the Meissen factory and one of the earliest champions of European porcelain. As part of her dowry, Queen Maria Amalia brought to her marriage no less than seventeen complete table services made of Meissen porcelain. The royal couple was also interested in the porcelain being produced at Doccia, just outside Florence. 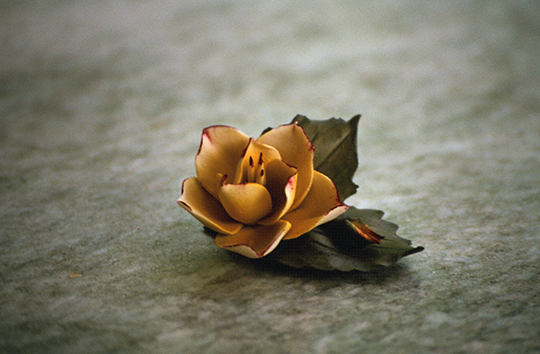 In 1743, the king converted his hunting lodge outside of Naples, situated on a hill called Capodimonte, into a porcelain manufactory as part of the Real Fabbrica. His goal was to produce porcelain that would vie with other famous European royal porcelain manufactures, especially Meissen. He hired Livio and Gaetano Schepers as arcanists, or those with special knowledge of the raw materials that make up porcelain. The Schepers brothers’ job was to concoct a secret recipe that would account for a distinctive look and feel in the porcelain that would be forever associated with Capodimonte. The king and queen, according to historians, were intensely interested in the Schepers brothers’ experiments, and checked in on them on a regular basis. The king commissioned Giuseppe Gricci, a Florentine sculptor who had worked for the court in Italy and Madrid, as the chief modeler of the factory. He also employed a renowned painter named Giovanni Caselli.

The Schepers brothers’ challenge in concocting Neapolitan porcelain was that kaolin, a type of clay considered essential to porcelain, was in short supply in Italy. They experimented with various combinations of clay pulled from sources across southern Italy until they came up with a combination that worked. The porcelain recipe that the Schepers brothers eventually developed resulted in warm white tone, bringing a distinctive appearance to the works that emerged from the Capodimonte factory. The works were decorated with glazes known for their bright palette of red, yellow, orange, and green, coated with a lustrous finish.

The factory began producing full sets of tableware, vases and other vessels, as well as small decorative objects and figurines in a Baroque style typical of the mid-eighteenth century. In that early period of Capodimonte, snuffboxes were among the factory’s most popular items. Figures of theater characters such as Pulcinella, as well as Neapolitan peasants engaged in dancing, daily chores, and other pastoral activities, were also popular. Flowers became one of the most enduring subjects of Capodimonte porcelain because, according to legend, King Charles was allergic to flowers; porcelain versions were the only ones he could enjoy.

King Charles III moved porcelain production to the BuenRetiro factory in Madrid when he left Naples in 1759 upon his succession to the Spanish throne. With him, he took the Gaetano Schepers, Gricci, a team of factory personnel, porcelain molds, and other materials. However, Charles’s son, Ferdinand VI, reopened Capodimonte when he came of age in the 1770s, rebuilding a new factory at Portici from the ground up, then moving it to the royal palace. For the next thirty years, Ferdinand’s artists continued to imitate the royal porcelain style, but the production became more mass produced, adapting to the taste of modern collectors. This second Capodimonte manufactory remained active until the French took Naples in 1806.

The large porcelain manufacture known as Doccia or Ginori, on the western outskirts of Florence, acquired what was left of Capodimonte production in the nineteenth century. In 1896, the Milanese firm SocietàCeramica Richard incorporated the Doccia porcelain works, and the company became known as Richard-Ginori. The company continued to produce Capodimonte and use the royal Neapolitan trademark until recent times. Richard-Ginori declared bankruptcy in January 2013, and was purchased by Gucci. It will be interesting to see what the luxury powerhouse does with this old porcelain works. For now, Capodimonte remains a popular style associated with Naples, and a handful of individual Capodimonte producers still cluster on the outskirts of the city, namely in Casoria and Calvizzano. These artisan families focus on the export and wholesale markets, but you can still purchase their work directly from them or from retail shops in Naples and abroad.

How Capodimonte is Made

From the start, Capodimonte was special, as it departed from the traditional recipe used in other porcelain centers, a combination of kaolin (a type of white clay), felspath, and quartz. Kaolin deposits were discovered in Limoges and other European porcelain centers, but the coveted, fine, soft clay was scarce in southern Europe. Instead, at Capodimonte the Schepers brothers experimented by combining different varieties of soft clay pulled from deposits around the kingdom, until they finally settled on a “soft paste” recipe that would absorb the painted pigments and impart a reflective appearance. This unusually delicate, reflective quality of the finished pieces brought Capodimonte its distinctive style in the world of porcelain.

As in the other royal porcelain manufactures of Europe, including Sèvres in France, and Meissen in Germany, many of the basic forms of Capodimonte wares began with a mold. The Capodimonte Museum holds thousands of these molds, ready for making scads of figurines, bouquets, small vases, and other ornamental works. It would be incorrect, however, to consider these works churned out or mass-produced. Many of the individual details, including flower buds, leaves, and individual figures, are often modeled by hand and attached to a vessel.

Once the molded vessels emerged from the kiln, they were covered with a clear glaze. Then, decoration was applied with clear, bright hues of red, orange, blue, green, and yellow. A second firing gave the finished pieces the lustrous sheen and delicacy that is synonymous with Capodimonte. 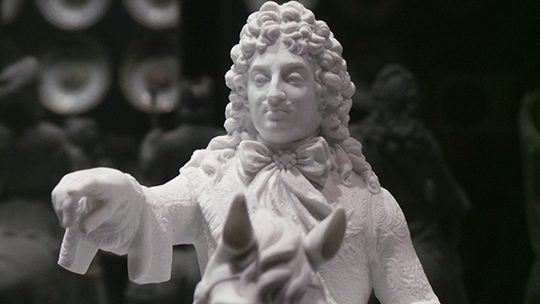 Today, Capodimonte porcelain remains popular among collectors, and the value lies partly in the marks on the undersides of each piece. Original items from King Charles’s Capodimonte and BuenRetiro porcelain factories were signed with a fleur-de-lis in blue underglaze, occasionally enclosed in a circle; only museums and private collectors with large budgets own these original pieces. Those made during the time of Charles’s son Ferdinand were demarcated with a crown and the letter N above it. These wares also command high prices when they appear in the international marketplace.

To make matters confusing, many pieces produced since the 1920s continue to bear the letter N with the crown stamped in blue on the bottom. The mark alone does not indicate a connection with the royal factory. In fact, value in these more modern pieces lies in the quality of the work rather than the mark. Other pieces may be marked with a sticker, which makes identifying their origin simpler.

Quality and value can vary tremendously in Capodimonte wares. Authentic, antique pieces originating from one of the royal manufactories commonly sell for several thousand Euro at auction, while lower-quality, mass-produced works in the style of historic Capodimonte are worth very little. The good news is that you can still find high-quality, finely made pieces that fall in the middle of this range.