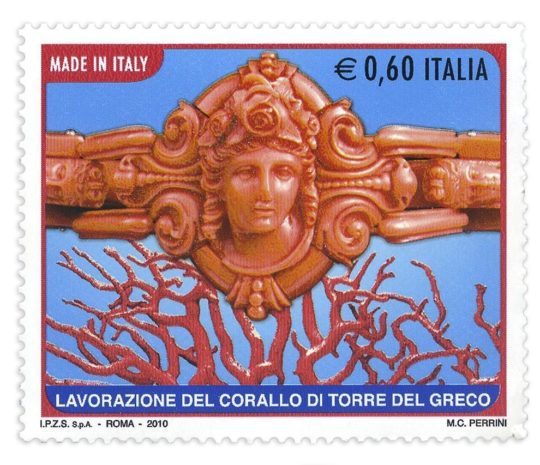 The tradition of working coral in Torre del Greco was celebrated recently on an Italian postal stamp.

The history of coral ornaments and cameos stretches back to antiquity, when relief and engraved carvings on precious and semiprecious stones, shells, corals, and glass were widely admired. In Renaissance Italy, the interest in reviving antiquity brought carved corals back into vogue. Inventories, dowry lists, and other historical records of the sixteenth and seventeenth centuries tell the story of the increasing popularity of these prized objects offered as gifts, amassed in the private collections of Neapolitan aristocrats. Treasuries belonging to monasteries, convents, and other religious institutions in the Naples region counted carved corals and shells among their most prized possessions.

By 1600, fleets of coral boats called coralline sailed daily from Naples and the port of Torre del Greco to satisfy this demand for carved cameos and corals. The industry grew significant enough that coral fishermen organized themselves into a trade association and people began calling the residents of Torre del Greco themselves corallini. The boats pulled specially designed nets tacked to a wooden cross-shaped frame and dragged along the ocean bottom to gather corals and sponges. The boats were also accompanied by a few brave souls who dove in and held their breath long enough to select specimens by hand. 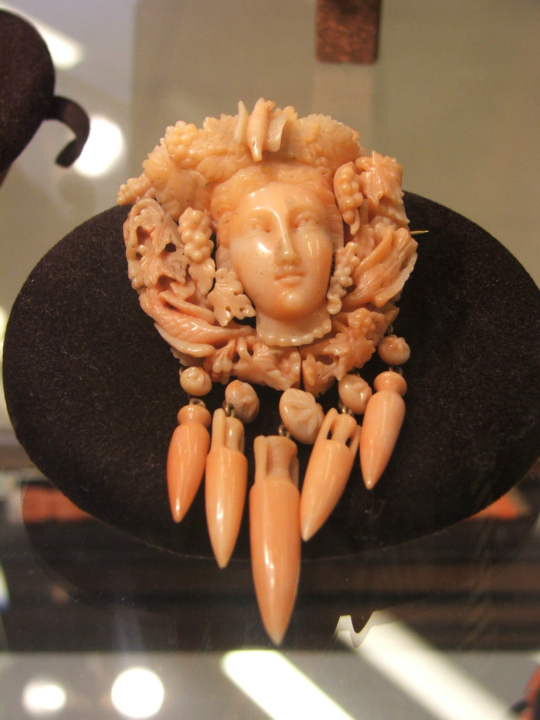 Today, the port town of Torre del Greco remains the epicenter of Italian cameo production and coral jewelry making. Many of the larger producers in Torre del Greco cater to the trade only, as a thriving export business sends many of these pieces to Asia, Australia, North America, and elsewhere. Many traditional coral and cameo makers in Torre del Greco remain family affairs, some tracing their craft back generations. Parents pass the tradition to their children and grandchildren, perpetuating the techniques and the spirit of these old works. These families will almost always take the time to educate you about their techniques and history, and answer your questions. 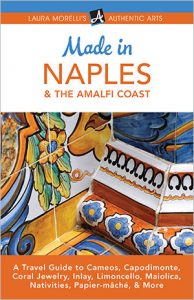 Read more about Italian coral and cameos in my guide, Made in Naples & the Amalfi Coast.

Have you discovered coral jewelry during your travels? Drop a comment below. I love to hear your stories!