Craft Traditions of the Italian Alps

Craft Traditions of the Italian Alps

Few of us would mistake Milan for Munich, but some southern Italians jokingly call their northern countrymentedeschi, a nod to the cultural ties that the Alpine regions of Italy share with Germany and Austria. In these northernmost reaches of Italy lie some of the country’s most fascinating—and unexpected—craft traditions: everything from copper cookware to wooden clogs and fur coats!

From the flat plains of northern Italy, the Alps rise abruptly and dramatically, their snowcapped glory a breathtaking vision on a clear day. The Alpine regions of Italy comprise parts of Friuli Venezia-Giulia, Trentino-Alto Adige, Lombardia, Piemonte, and the Valle d’Aosta, marking a border that is both rugged and unclear. In these “in-between” regions, Italian, French, and Germanic culture coexist in a disconcerting and wonderful way. Against dramatic mountain scenery, onion domes stand alongside Roman ruins. A strong Teutonic accent in the local language reflects centuries of bicultural community-building. Artisans produce both cuckoo clocks and terra-cotta pots.

The handmade craft traditions of these regions share one thing in common: they can be carried out indoors during the winter months, when snow blankets the higher elevations and isolates many small villages. From this unique set of geographical circumstances come masterpieces of ceramics, woodcarving, lace, copper, textiles, and small objects carved from horn and bone. 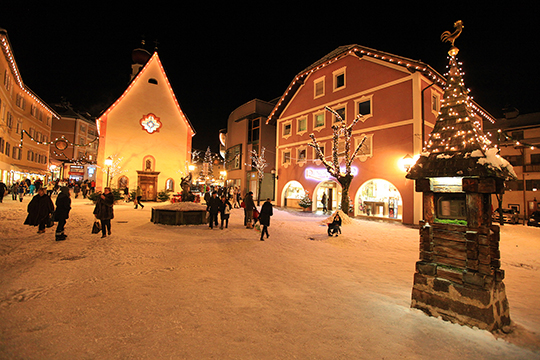 One of the most unique craft traditions of the Alpine regions is the production of ceramic room heaters. Stufa is the Italian word for “stove,” but the word doesn’t begin to do justice to these handsome, giant ceramic space heaters that are not quite architecture and not quite sculpture. Stufe have been produced in Trentino-Alto Adige since the Middle Ages, but during the age of grand villas in the seventeenth and eighteenth centuries the tradition was raised to an art form. Stoves of this era often reach eight or ten feet high, pieced together using clay formed in molds and fired in hot kilns. Artists hand-paint designs on the ceramic panels, ranging from ornate patterns to rustic designs. 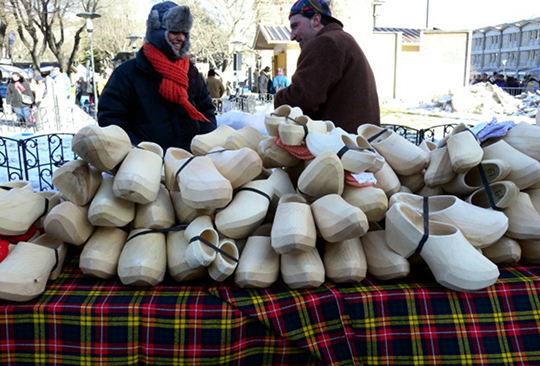 Copper mines are plentiful throughout Italy and this valuable metal has been mined since antiquity. Copper is malleable, and can be bent and shaped into many different forms without cracking. It can be rolled into sheets with a thickness of just a fraction of an inch. Copper is rust-resistant, tarnishing instead into a pleasant green patina in the presence of moisture. It’s also an excellent conductor of heat.

Today’s copper smiths rely on many of the techniques of their ancient predecessors. Copper is heated over fire and hammered into shape, leaving a characteristic mottled effect. Copper may also be cast, or poured into a mold in its molten state. It is then polished with abrasive pastes and soft fabrics, and handles of brass or iron may be added.

Across Alpine Italy, people make cowbells, decorative works, and a myriad of cookware from copper. Local chefs use copper pots to prepare traditional cuisine, including hearty stews and risotti. Copper vessels bring warmth and color to the characteristic Alpine architecture, with its stucco walls and wooden beams.

According to legend, Saint Orso, an Irish monk who lived in the Valle d’Aosta in the sixth century CE, distributed to the poor sets of wooden sandals he made himself. That was the beginning of a lively woodcarving tradition that would span centuries.

Craft guilds organized around thecarving of wooden objects sprang up across the mountainous regions of northern Italy during the Middle Ages. By the sixteenth century, woodcarving constituted a booming industry. The town of Ortisei, northeast of Bolzano near the Austrian border, emerged as a major center for woodcarving. 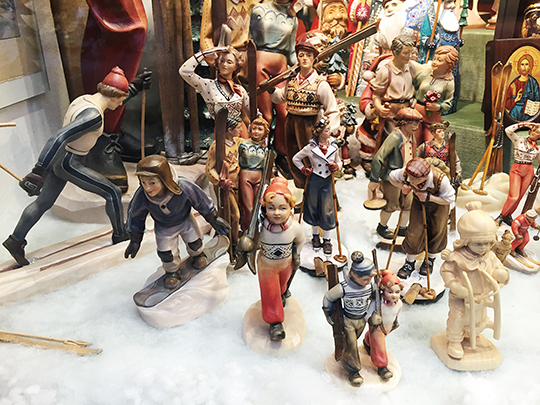 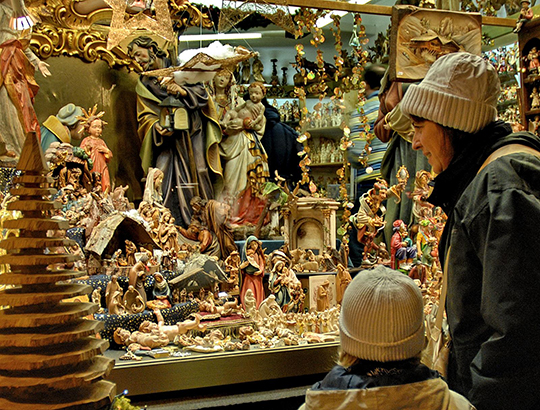 Located north of Torino, the town of Castellamontehas been a center for the making of ceramic stoves, or stufe, since the 1700s. If you browse the local antique shops and markets, you’ll see lovely old pieces that are collectors’ items and can be converted to use as space heaters in modern homes. An antique stove may cost several thousand Euro, but you will be hard-pressed to find a more unique conversation piece for your living room.A few family enterprises still produce these beautiful heaters using traditional methods.

Also called by its German name,Urtijëi, Ortisei is a town in the South Tyrol region of Italy that boasts a centuries-old tradition of artisanal woodcarving. Today, artisans across the region continue the centuries-old craft of creating wooden sculpture by hand. From whimsical, gnome-like figures to handmade toys, wooden tableware, and stunning painted nativity scenes, these pieces make great gifts and collectors’ items.

Shopping for traditional crafts in this bicultural Alpine region is a breeze, thanks to an organization called the InstitutValdôtain de l’Artisanat de Tradition(IVAT). The IVAT establishes quality standards for local craft trades, recognizes artisans with a unique trademark, and promotes them on an international level. The IVAT also operates several beautiful stores in the region, where you can shop for woodcarving, copper wares, and other regional traditions. If you visit at the end of January, the Fiera Sant’Orso draws more than a thousand artisans to Aosta to show off their best work. 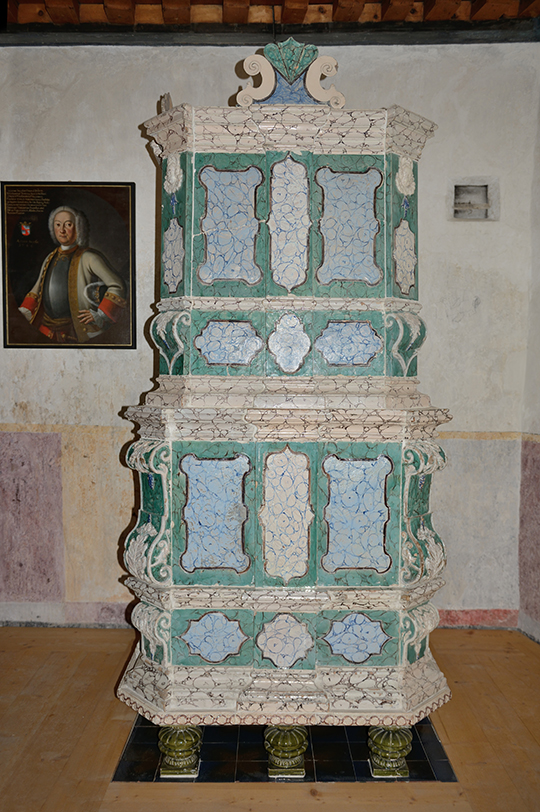 One of the characteristic wooden objects of the Valle d’Aosta is a cup known as a grolla, or grail, a reference to a local legend that claims the Holy Grail is hidden somewhere in the snowcapped peaks. But the real sacred drinking vessel of the region is the coppadell’amicizia or “friendship cup.” This communal drinking cup consists of a shallow bowl with six to eight spouts. It’s the perfect vessel for local caffevaldostano, a powerful mixture of espresso, grappa, sugar and spices that is served flaming and passed from friend to friend.