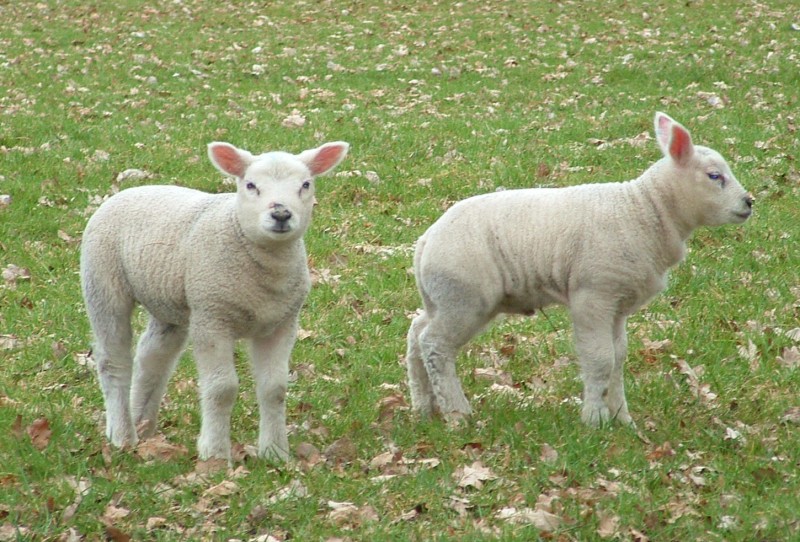 Sheep Street, aptly named, meanders past flower-speckled Cotswolds fields and centuries-old buildings made of local stone. It ends in the village of Chipping Campden, so picture-perfect it hardly seems real. In the village center, the 14th-century stone Town Hall and 17th-century Market Hall stand as a testament to an era when sheep’s wool upheld England’s economy.

The British Isles boast more breeds of sheep than anywhere else in the world. In England, the historic wool industry has left its mark everywhere, from old trading halls like those at Chipping Campden, to stately medieval manor houses and magnificent “wool churches” funded by merchants made wealthy by the trade. For centuries, English craftspeople have fashioned wool into garments, bed linens, and countless other useful items. The value of the fleece itself prompted its export to European textile centers like Bruges, Lille, and Arras, where English wool was considered the highest quality to be found.

Woolen garments are perfectly suited to the climate of the British Isles. They wick moisture away from the body, repel stains, keep the wearer warm and dry in the wind and rain, retain their shape, and resist wrinkling. Wool connoisseurs appreciate the distinct qualities of wool from different breeds: the prized long fleeces of the so-called Cotswold Lions, the natural taupe and spotted coloration of the Jacob breed, and the curly tendrils of Cornwall Longwools. Turned into scarves, blankets, mittens, coats, sweaters, hats and other garments, wool from each animal boasts its own particular textures and colors. 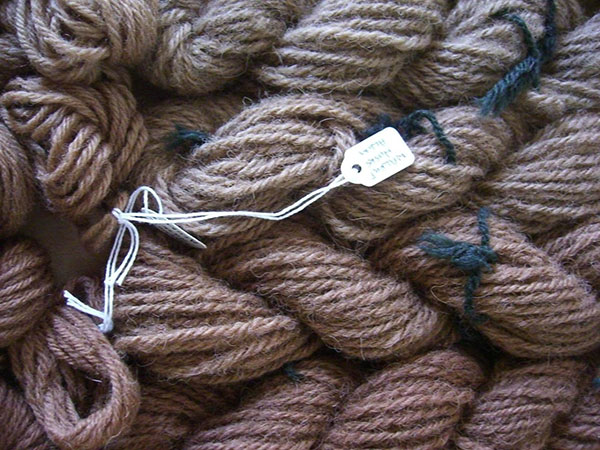 Today wool remains an important industry in Britain. As in centuries past, sheep shearing takes place on farms during warm months. Farmers have their fleece graded by the British Wool Marketing Board, a national organization which pays farmers according to the grade of the wool, then markets and auctions the fleece to the trade.

The basic steps for processing wool involve scouring it to remove impurities, carding or combing the strands to separate them, then spinning them into continuous fibers on spools. Traditionally all of these steps were done by hand in a very time-consuming process. In the 1700s English inventors introduced several water-powered and horse-drawn contraptions to speed the spinning and weaving process. By the 1800s, steam-powered machines improved efficiency and textile mills opened. Today, northern England remains an important industrial textile center.

Fewer and farther between, individual artisans also craft woolen goods by hand. Once the basic wool threads are prepared, artisans may employ any number of textile techniques. Some knit wool yarns in a continuous loop, a technique well adapted for scarves, mittens, and sweaters. The long strands of worsted wool, which is combed before being spun, are woven on a loom to display the pattern of the weave, as used in men’s and women’s suits. Wool may also be felted, or compressed into a sheet by rollers, particularly good for hats, bags, blankets, and billiard tables.

Shopping for authentic British woolen goods encompasses a variety of experiences for travelers, from visiting artisan studios and textile mills, to farm stays and local festivals. One of the most rewarding is visiting weaving co-ops and the studios of individual weavers and knitters, many of whom are members of the National Register of Makers, run by the U.K.’s excellent Craft Council. You can also view demonstrations of shearing, spinning, and weaving at trade fairs like Woolfest and local festivals like the one at Worstead (the origin of the term “worsted wool”), in which sheep and woolen goods take center stage.

For do-it-yourselfers, a surprising plethora of knitting shops in Yorkshire specializes in natural yarns from even the most obscure British breeds. If you don’t know how to knit, you can sign up for a workshop. You can also arrange a stay on a working farm, some very rich in creature comforts, where you can observe—and even get involved—in sheep rearing and shearing.

The region of West Yorkshire boasts many textile mills. You can learn about the more industrial side of wool production at the Industrial Museums in Bradford and Leeds, both housed in historic woolen mills. Some of the Yorkshire mills sell discounted fabrics, sweaters, and yarns in their factory stores.

Neighboring Wales, Scotland, and Ireland all boast woolen goods that have risen to the status of national dress—plaid kilts and argyles; Guernsey sweaters from the Channel Island of the same name; cable knits from Ireland’s Aran Islands. No single form of woolen wear is synonymous with England, but you can’t go wrong with these basic woolen wardrobe staples: socks, shawls, scarves, and felted bowler hats (though few Englishmen don the stereotypical headgear anymore). My personal favorite is a hand-knitted sweater—or jumper in British English—with suede patches on the elbow, a particularly pastoral English look.

Traditional English woolen goods make excellent souvenirs, as much for their authenticity as for their portability. English handmade woolen goods do not come cheap, but the quality of the material and artisanship means that you can expect your souvenir to last a lifetime.

Have you found an woolen treasure in the United Kingdom? Drop a comment below. I love to hear your stories!