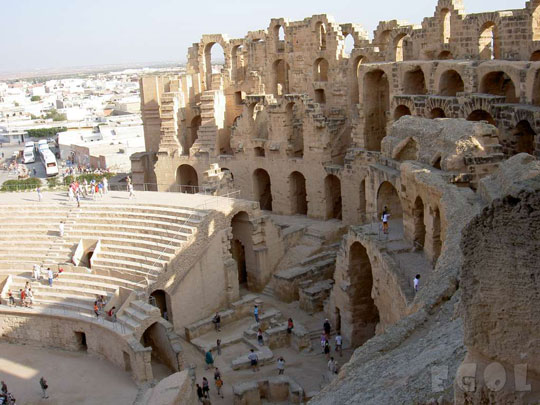 When the ancient Romans conquered a new place, they swiftly romanized it by erecting monuments that were mirror images of those in their capital: an arena, triumphal arches, baths, basilicas, aqueducts, roads… Imperial statues were erected in city squares, portraying the likenesses of the Roman emperor as well as imperial governors in the guise of gods.

Strolling through the streets of a newly Romanized city, we can only imagine that locals must have felt a palpable and dominating presence of the far-away emperor.

Have you discovered an interesting “romanized” town in your travels? Drop a comment below. I love to hear your stories!