How to Buy Cameos & Coral in Italy

How to Buy Cameos & Coral in Italy

Today, coral and cameo jewelry constitute a large industry in and around Naples, employing some several thousand people. Many of the larger producers in Torre del Greco cater to the trade only, as a thriving export business sends many of these pieces to Asia, Australia, North America, and elsewhere. Many traditional coral and cameo makers in Torre del Greco remain family affairs, some tracing their craft back generations. Parents pass the tradition to their children and grandchildren, perpetuating the techniques and the spirit of these old works.  These families will almost always take the time to educate you about their techniques and history, and answer your questions. 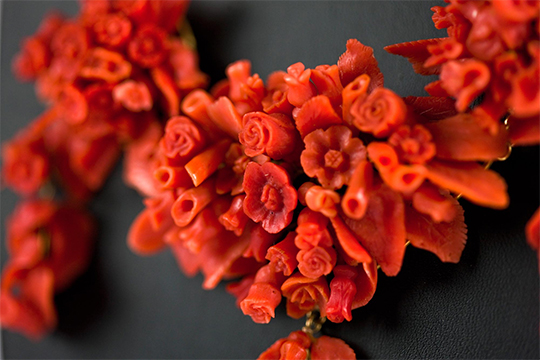 When you’re ready to buy a piece of coral or cameo jewelry, chances are it will be mounted or combined with gold, so it’s a good idea to educate yourself about buying Italian gold as well.  Gold is measured in karats, indicating the amount of pure gold that constitutes a piece of jewelry. Twenty-four karats (24k) designates gold in its purest state. However, twenty-four-karat gold is too soft to be used in jewelry making. By mixing pure gold with other alloys such as silver or copper, it can be worked by a jeweler. Therefore, an eighteen-karat gold ring contains seventy-five percent pure gold. In other words, it contains eighteen parts gold and six parts another metal or metals. This information is important when pricing gold jewelry in Italy, since some jewelers sell gold jewelry based on weight alone, tagging the price of their work to the varying values in the gold market.

In the U.S., ten karats is the lowest legal standard at which a piece of jewelry can be referred to as “gold,” though fourteen-karat gold is the most popular. In Italy, however, eighteen karats is the lowest legal standard to carry the label “gold.” This higher percentage of gold helps explain why gold jewelry in Italy seems more brilliant, and also softer. This preference for more “pure” gold goes back to antiquity, as the ancient Romans preferred to use a more unadulterated form of brilliant gold as a raw material for jewelry. 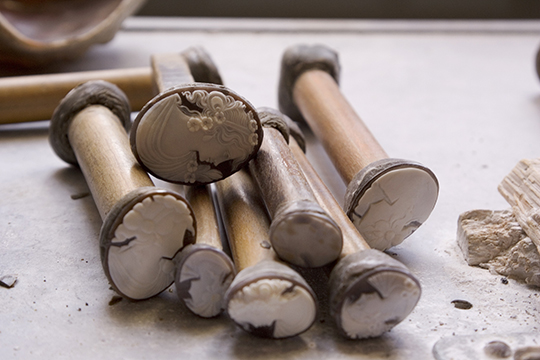 Authentic red coral of the species Corallum rubrum is precious, in short supply, and therefore expensive. Not surprisingly, fakes abound. Some jewelry and objects passed off as coral are actually made of wood, plastic, or other species of coral that are considered less desirable because of their porosity, size, form, or coloration. Bamboo coral, for example, is beige-colored and more plentiful species that is sometimes dyed red to resemble Corallum rubrum.

In fact, any of these materials may be dyed a shade of red to mimic the species of red coral that is more highly prized. Cameos may be faked using plastic and other synthetic materials. Most of the “coral” for sale in cheap souvenir shops around Naples are made of these imitation materials.

One more thing to know: Even if you do buy a work made of authentic red coral, there’s no guarantee that it was pulled from the Italian coast, as increasingly, many of the raw materials worked in Torre del Greco are imported from overseas. 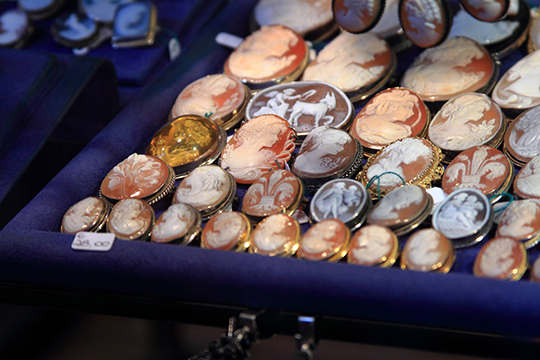 How Much to Pay

The price range for coral and cameo jewelry is vast, but may vary according to three main factors:

In addition to Torre del Greco, there are a few artisanal jewelers in the Chiaia section of Naples and a historic gold jewelry district in the city’s Centro Storico. This Antico Borgo degliOrefici, literally the “old jeweler’s neighborhood,” is a bustling marketplace with more than a hundred jewelry shops clustered in one square kilometer along the streets west of the Corso Umberto. At first glance you might think this spot is a treasure-trove, and some artisan jewelers in this neighborhood do make beautiful pieces on site. However, unless you are very savvy about buying gold, and both your Italian and your negotiation skills are top-notch, as an international tourist you are not likely to score a bargain here.

Finally, many souvenir shops along the Amalfi and Neapolitan coasts sell junk to tourists who arrive escorted on tour buses or from cruise ships. Many of these tourist traps abound near the port of Naples and along the waterfronts of towns along the Amalfi Coast. Stick to the more well-known, reputable, and historic makers, and you’ll come home with a beautiful, high-quality souvenir you’ll treasure and proudly wear. 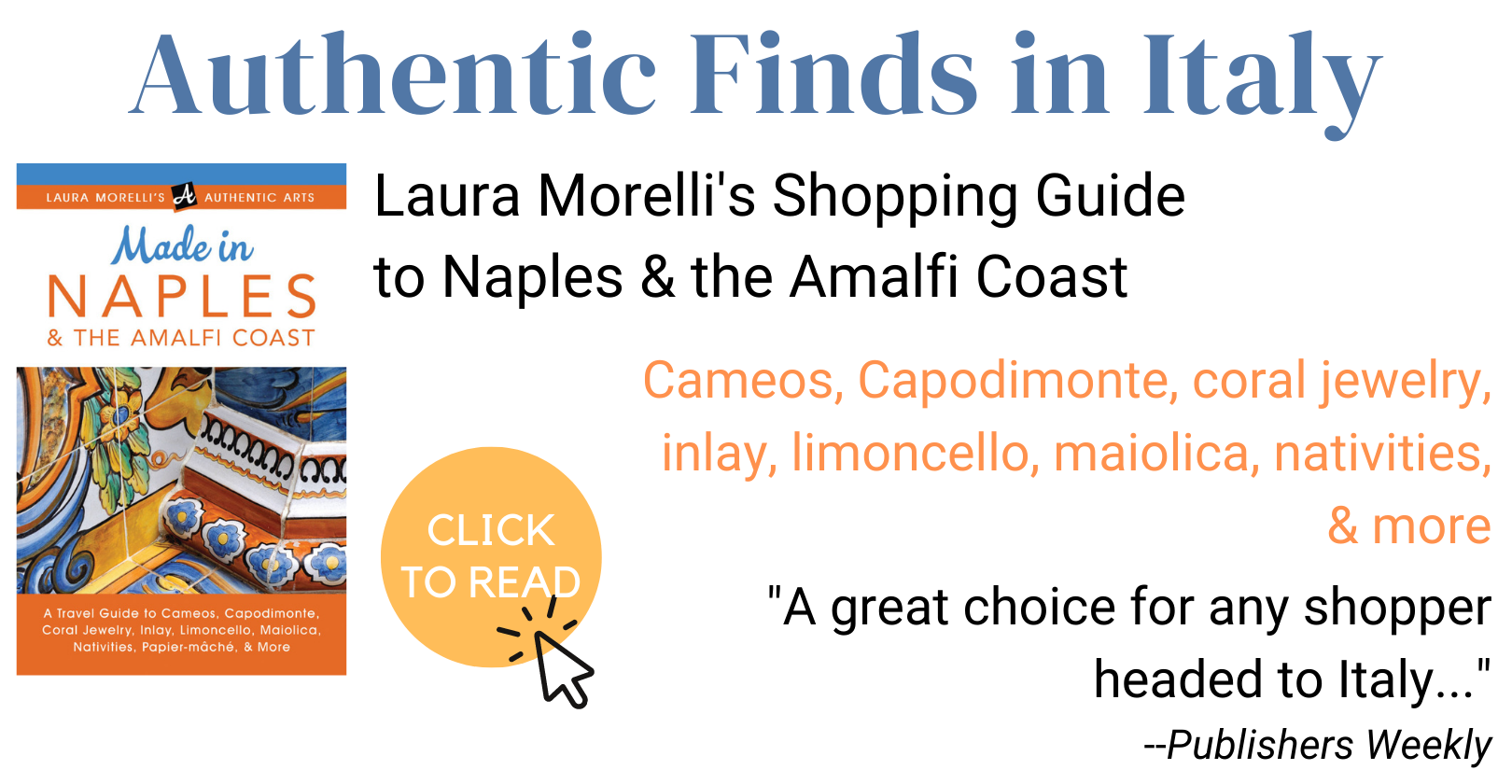