How to Buy Italian Silk

How to Buy Italian Silk

Many travelers to Italy count silk ties and scarves among their favorite souvenirs, and silk accessories form a kaleidoscope of color in shop windows. The beautiful lakeside city of Como has been a leader in silk-making for more than a century, supplying the fashion houses of Milan and the rest of the world with high-quality silk. However, most of Como’s silk enterprises are open to the trade only. If you want to experience the authentic heritage of Italian silk-making first-hand, head to Florence. 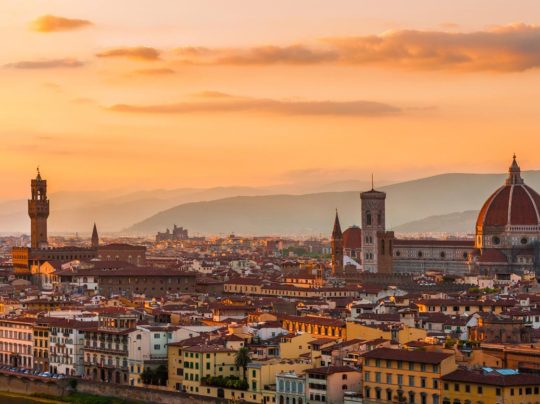 The piles of silk ties and scarves that fill the shop windows of Florence are vestiges of a thriving historical trade in silk, wool, and other textiles. Florence was already established as a textile town as early as the eleventh century, and by the 1300s, trade in cloth was a major part of the Florentine economy. Its merchants made a mint by doing business throughout the rest of Europe. This long history of textile trading formed the basis for the city’s preeminence in the world of modern fashion.

Although silk had been imported to Florence throughout the Middle Ages and traded far and wide by Florentine merchants, it began to be dyed and finished in the city itself by the fifteenth century. A fiscal census of 1404 lists some one hundred silk weavers in the city at that time, and silk grew in importance over the course of the 1400s. Prior to this time, goldsmiths had been involved in the making of gold and silver thread to be used in textiles, but by the 1420s the silk makers were taking this on themselves. The silk guild, or the Arte della Seta, incorporated both silk merchants as well as producers, and silk emerged as an important part of the artisanal fabric of Florence.

From the beginning, silk and other textiles were closely related to the leather trade, as they were all used to produce apparel. In addition, the same sheep hide might supply a maker of leather armor as well as a weaver. The complex Florentine guild system, or the arti, tightly regulated makers of everything from shoes, belts, purses, embroidery, hosiery, satin, taffeta, brocade, damask, velvet, and jewelry. Guild statutes controlled the production of these items and strict sumptuary laws stipulated the wearing of apparel made with them. 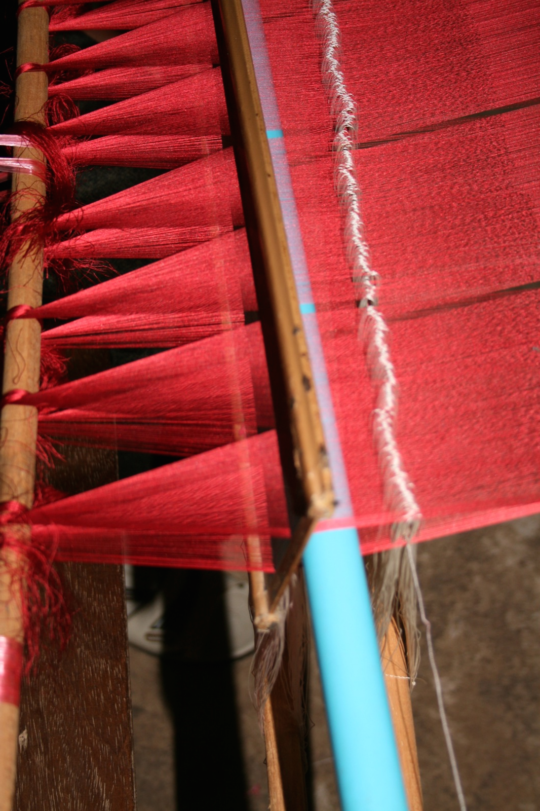 How Silk is Made

Silk-making traces its roots to prehistoric China. The Silk Road—a well-trodden system of ancient trade routes—eventually brought silk to Westerners hungry for these exotic luxuries. By the Middle Ages, Florentine merchants found themselves well positioned to take advantage of this international demand for silk.

Incongruously, this deluxe fabric begins with a worm, or more accurately, a caterpillar. The process starts with the careful cultivation of silkworms, species Bombyx mori, along with the mulberry bushes and trees that serve as their habitat and diet. Sericulturists spread the silkworms and fresh mulberry leaves on large trays stacked in special houses. There the silkworms feast on the leaves and produce a protein filament tightly wound into cocoons. Once completed, the cocoons are sorted and momentarily steamed, which kills the chrysalis, then boiled, which helps loosen the cocoon’s delicate filaments. Then, the filaments are “thrown,” a process in which several strands are twisted together to yield a thicker, stronger thread. The threads can then be dyed, making them ready to be woven or used in embroidery.

Initially, the Florentines imported the silkworm eggs, cocoons, and mulberry leaves from the East, using their well-connected international trade networks. As the silk industry grew toward the end of the fourteenth century, however, mulberry trees began to be cultivated across Tuscany, so the raw materials for silk making could be sourced in their own backyards. Some of the initial steps of the silk-making process—tending and reeling the cocoons, and spinning thread—were undertaken in silk workers’ homes. Weavers operated large wooden hand looms to produce bolts of silk and the dyeing took place in a process similar to that of wool. A central office organized the workers and commercialized the products. In Florence itself, silk production was destined both for apparel and accessories, as well as for textiles used in the home. 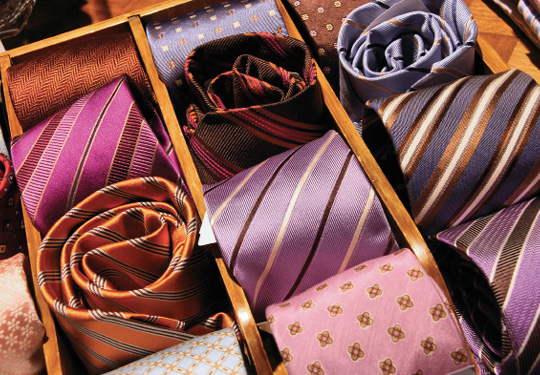 How to Buy Silk in Florence

Florence is a world fashion capital and it’s impossible to ignore the sparkling flagship stores of some of Italy’s most famous luxury brands. Closely associated with Florence, silk neckties and scarves are the bread and butter of many of these world-renowned designers. In addition, smaller Florentine boutiques do a brisk trade in silk accessories. Silk ties and scarves are durable, portable, and, if you know what you’re looking at, can be a good value for a high-quality Florentine souvenir.

Keep in mind, however, that the majority of silk ties and scarves in Florence are produced behind the scenes—perhaps in Florence or Tuscany, or in a factory far distant from the slick boutiques where they are sold. Therefore, it pays to be an educated consumer when it comes to shopping for these sought-after souvenirs, as you will not likely come face-to-face with the person who made them.

A number of synthetic fabrics can masquerade as silk, including acetate, nylon, and polyester. A scarf or tie may be composed entirely of synthetics, or may be made with a silk-synthetic blend. Be sure to examine scarves and ties carefully before buying.

Here’s what to look for:

If you’re still not sure, you can perform the “ring test.” Unless it’s exceptionally large or thickly woven, you can remove your wedding band or other ring and pull a silk scarf right through it. The scarf should glide through smoothly with no resistance. Synthetic fabrics tend to bunch or tug, making it difficult to pass them through a ring.

The definitive test of genuine silk, though, is the “burn test.” If you set the fringe or a thread of a silk scarf ablaze with a match or a lighter, you will hear it singe, then see it disintegrate into a tiny smoldering pile of fine ash, releasing an aroma akin to burnt hair. The burn test quickly unmasks plastic-smelling synthetic threads that curl or melt when burned. A silk merchant might be willing to perform this test for you, but I don’t recommend doing it in a store yourself! 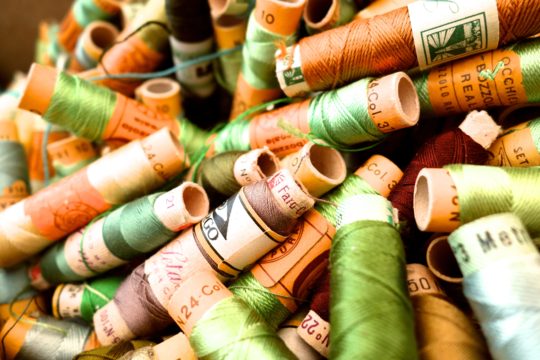 Scarfing Up an Authentic Souvenir

Sadly, foreign-made knockoffs populate many of the boutiques selling scarves across Florence. The traditional Florentine scarf is a square, with edges that have been rolled and stitched by hand. Most merchants will allow you to open and spread out a scarf to check the pattern, weave, and stitching, as well as the quality of the silk, so take the time to examine it carefully.

High-quality silk ties and scarves can be had at many small boutiques across the city although you will not necessarily see them being made. The secret to unlocking the history of Florentine silk is to explore the wonderful historical enterprises making silk fabrics, tapestry, drapery, pillow covers, bedding, and other textiles used in the home. Herein lies the opportunity to experience the centuries-old tradition of Florentine silk and wool firsthand. In fact, several Florentine textile enterprises boast pedigrees that reach back to the 1600s. Some even use generations-old handlooms to create breathtakingly beautiful fabrics whose quality is truly among the world’s finest. Best of all, you can watch it being made. 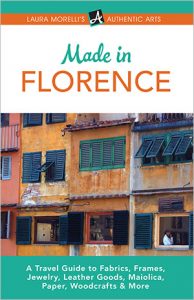 Read more about the artisanal traditions of Florence in my guide, Made in Florence.

Have you discovered Italian silk during your travels? Drop a comment below. I love to hear your stories!