Since the Industrial Revolution, many of Italy’s important industries—textiles, automobiles, fashion, banking, telecommunications, and manufacturing of every incarnation—have claimed the region of northern Italy known as Lombardia as their home. Milan and its surrounding towns are the center of much of this commercial activity. 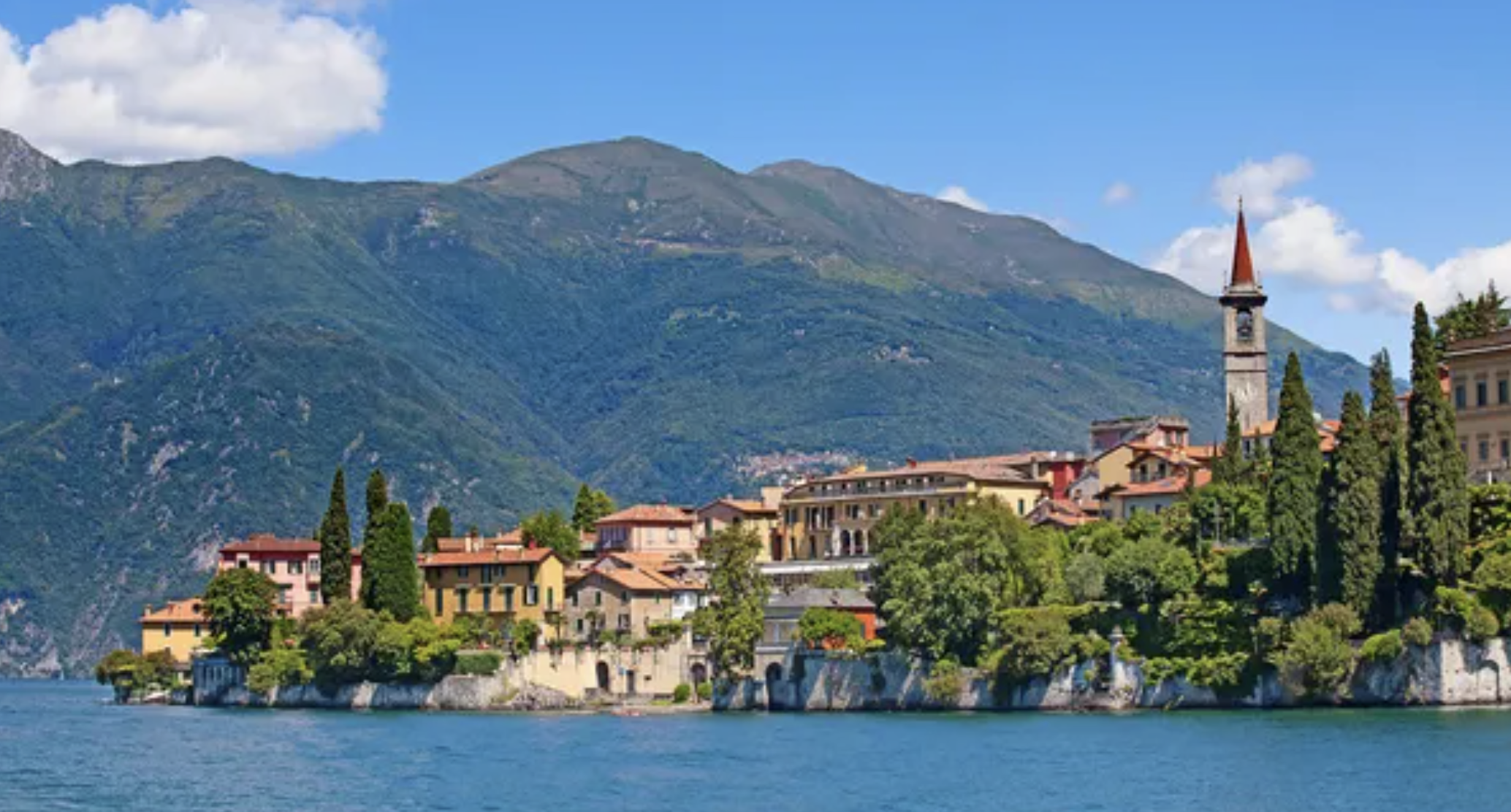 Many of Lombardy’s historically artisanal trades—furniture, shoes, and silk, for example—have been largely industrialized in the last 150 years. For example, the town of Vigevano, southwest of Milan, is the shoe capital of the world; one company there is even famous for crafting shoes for the Pope. Although some of the finish work is done by hand, the process is mostly industrialized. Lissone, northwest of Milan, boasts a long heritage as a furniture-making capital, though most of the enterprises are large-scale and commercial, rather than small-scale or artisanal.

With all this industry, is there any room left for goods handmade by artisans? The answer is yes, but you have to look a little deeper. Here are a few hidden pockets of artisanal tradition in Italy’s most commercial region. 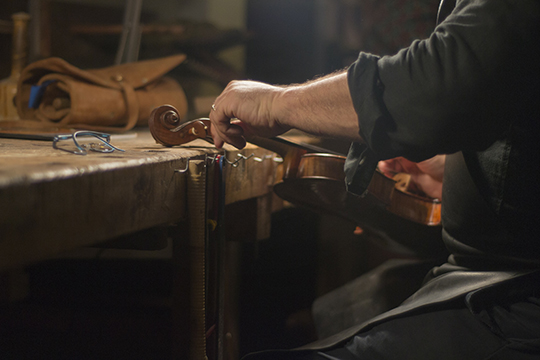 Cremona’s native sons put this town in central Lombardy on the map by crafting the world’s earliest and best violins. In the 1530s, Andrea Amati began developing an early form of the violin, one that was solidified by around 1600 in Cremona. But it was Antonio Stradivari (1644-1737)—known as Stradivarius—who elevated this instrument to new heights. Stradivarius was born in Cremona and apprenticed with Amati. After the master’s death, he began to experiment with new forms and new varnishes, which resulted in a perfected instrument. The Stradivarius violin remains the bench­mark by which violins are measured.

Today, Cremona’s craftspeople look to the historical models for inspiration and restore antique models, but they also put their own personal stamp on the works. Many of Cremona’s violin makers were born and raised locally, but others have made Cremona their adopted home, drawn from as far afield as Germany, France, Colombia, and Japan by the international reputation of this town. For them, a diploma from Cremona’s International Violin-making School is a requirement for success, as is recognition from one or more of the world’s most prestigious violin-making competitions.

The art of the liutaio, or stringed-instrument maker, begins with the right wood. Legend has it that Stradivarius hiked in the Dolomites in search of the perfect wood for crafting violins. Spruce is the standard wood for the top, or soundboard, while maple is preferred for the back of the instrument. While the inside workings of the violin are fairly standard, the exterior is a blank canvas, and artisans fill it with elaborate inlays, varnishes, and different kinds of woods, making each violin unique. It can take more than 200 hours to craft a single instrument by hand.

The Cremona violinmaker’s consortium displays special instruments in its evocative showroom and can provide you with all manner of information about the town’s famous craft. Here you can also arrange a visit to one or more of the private studios of the town’s many master luthiers.

This is an impressive collection of Cremona instruments from the seventeenth century to the present, including some made by Stradivarius himself.

Anyone serious about becoming a violin maker need look no farther than Cremona’s world-class Violin-Making School, which has gradu­ated the world’s top liutai from Italy and around the world. 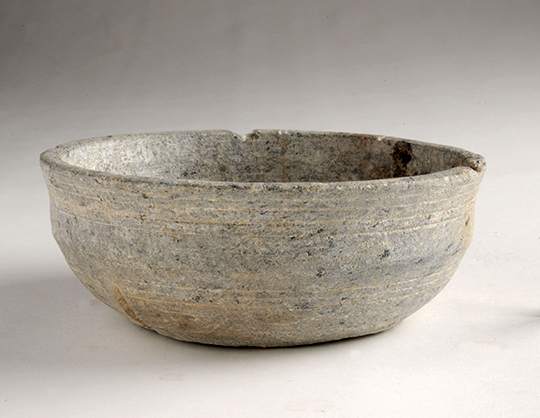 In Lombardy, people have made crafts from stone, plentiful in the mountains above Bergamo and Brescia, since the Iron Age. In a valley known as Valmalenco north of Brescia, prehistoric residents extracted a hard stone from caves that pierce the mountains.

From this hard soapstone known as pietra ollare, they crafted bowls, plates, and utensils, presumably going to all that trouble because of the heat-retaining properties of this stone. (It goes to show that Italians will always go to great lengths when it comes to good food!) It’s perfect for making bowls and tableware that keep food warm for long periods of time. It’s also been used to create works of art, utilitarian objects, and whimsical human and animal figures.

Today, many artisans mine chunks of the mountains themselves. While you’re visiting the area, check out the fascinating drawings of people and ani­mals scratched into stones on the local mountainsides by our Neolithic ancestors. The national park of prehistoric carvings is located in nearby Capo di Ponte. 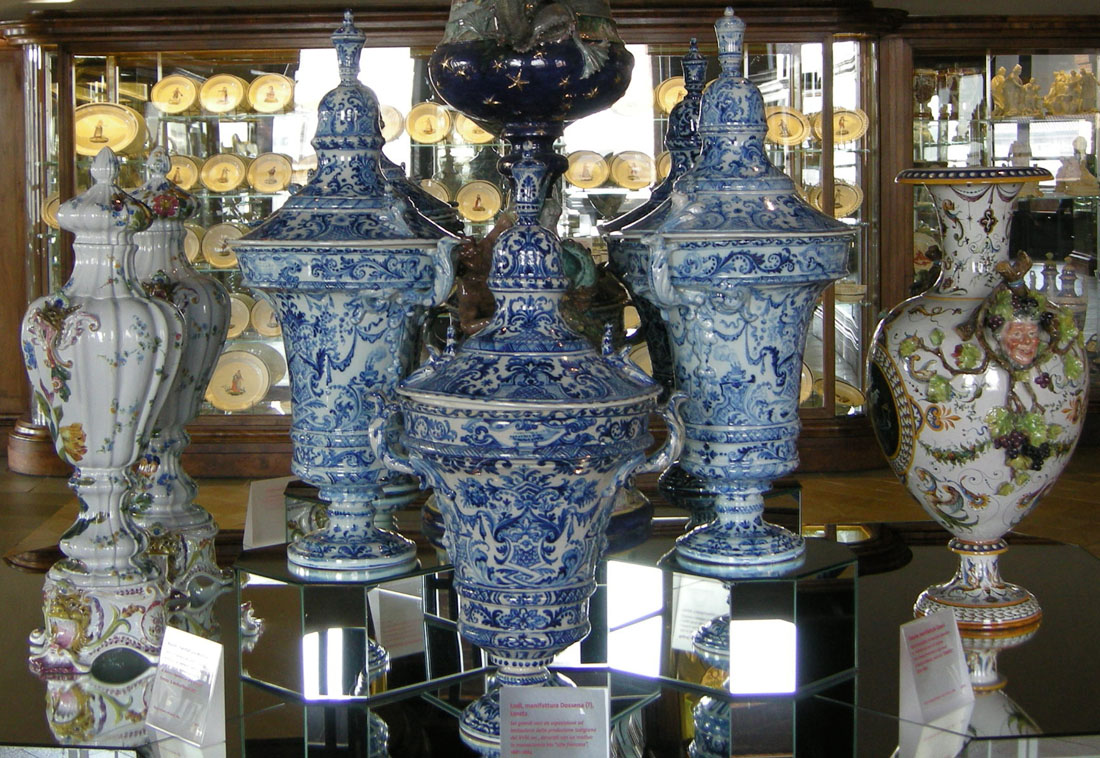 Lodi is a quiet, picturesque medieval town just beyond the southern fringes of Milan’s urban sprawl. Ceramicists have worked here since Roman times, but Lodi’s ceramic heyday didn’t begin until the late 1700s. At that time, several local families made a name for themselves by supplying noble courts of Europe with refined, delicate wares inspired by Chinese export porcelain.

The characteristic porcelain of Lodi features elegant floral motifs against a largely white background—a style more akin to Limoges and Meissen than to colorful maiolica wares of central and southern Italy. Expect to see lots of frills, basket patterns, figurines, statuettes, and ornate tea sets with a transparent white glaze. Today, a handful of families in Lodi still carry the torch of tradition for this centuries-old craft.

The museum holds an impressive collection of local porcelain chronicling the story of Lodi’s great ceramics families. Start here to understand the broader historical context for the porcelain of Lodi.

Have you found a treasure in northern Italy? Let me know below in the comments!