Quarantine in Italy: What the Black Death Can Teach Us About Today’s Lockdown

Quarantine in Italy: What the Black Death Can Teach Us About Today’s Lockdown

The word quarantine originated in Venice during the plague.

That’s because the concept of quarantena, meaning a duration of forty days (quaranta = 40 in Italian), was exactly how long medieval Venetian authorities felt was sufficient to figure out whether or not a ship–or a person–might spread the bubonic plague.

As a waterlogged city and a gateway to the world, Venice was especially vulnerable to outbreaks. During times of suspected contagion, merchant ships had to anchor in the lagoon for forty days before they were allowed to come ashore. Sometimes, additional time was spent on one of the outlying islands (see Pesthouses of Venice below) before allowing traveling merchants to set foot in Venice itself.

What’s important to know is that there wasn’t just one. There have been MANY pandemics over the centuries. Ancient sources tell us of plagues spread through the travel of Roman troops to territories far and wide. And medieval Italian documents are rife with anecdotal evidence of plague through the centuries. These outbreaks may have had both viral and bacterial components. The most notable of these was the 1348 plague, which is estimated to have wiped out nearly half of Europe’s population.

As historians, it’s our job to shed light on current events by helping people see how similar events played out in the past. Here are a few interesting historical tidbits about plague in Italy:

Believe it or not, in Italy, there has been an interesting relationship between art and plague. Several notable Italian artists succumbed to plague, including Ambrogio Lorenzetti of Siena (a character in my story, “Little Bird”), as well as the celebrated Venetian painter, Titiano Vecellio, known as Titian. 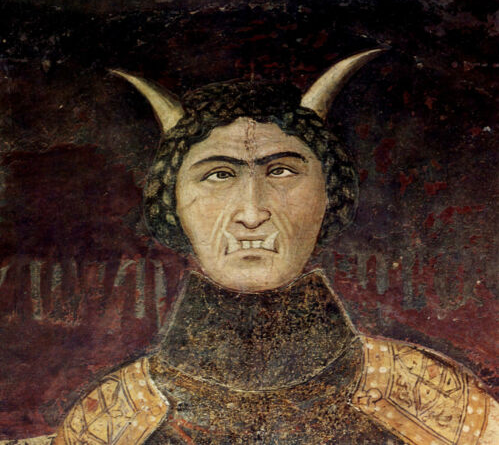 The 1348 Black Death was in part responsible for the incredible flourishing of devotional art in the latter half of the fourteenth century. In his classic book, Painting in Florence and Siena after the Black Death, art historian Millard Meiss even makes the argument that the great plague of 1348 created economic conditions that would eventually make the Italian Renaissance possible! 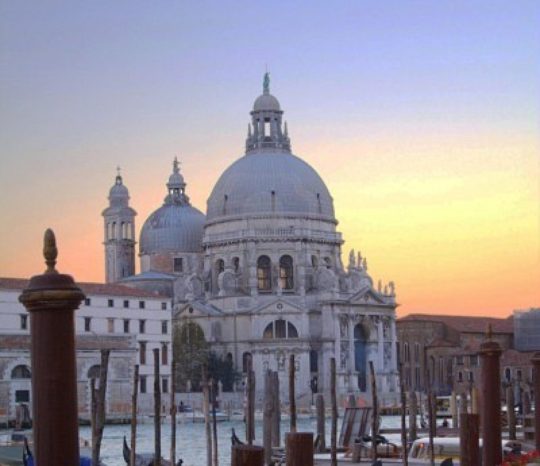 Later waves of plague prompted the foundation and construction of some of the most famous churches in Italy, including Santa Maria della Salute (Saint Mary of Health), which is an icon of Venice’s skyline.

I have long been fascinated by the Black Death and the pesthouses—the lazzaretti—that Venetian authorities established on the islands of the Venetian lagoon starting around 1400. I’ve written extensively about these pesthouses, and you can even go visit them today! 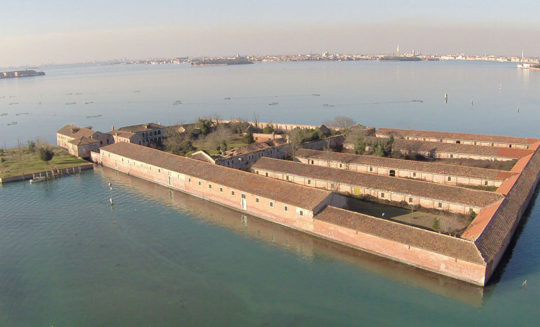 Recent archeological excavations on the lagoon islands have also yielded more information about how plague was spread–and contained–in the early modern period.

Many of my readers are fascinated with the sinister-looking, beaked-nose Plague Doctor, or medico della peste. This mask owes its beginnings to the French doctor Charles de Lorme (1584-1678), who began wearing this peculiar-looking face covering as a sanitary measure while treating victims of the bubonic plague. 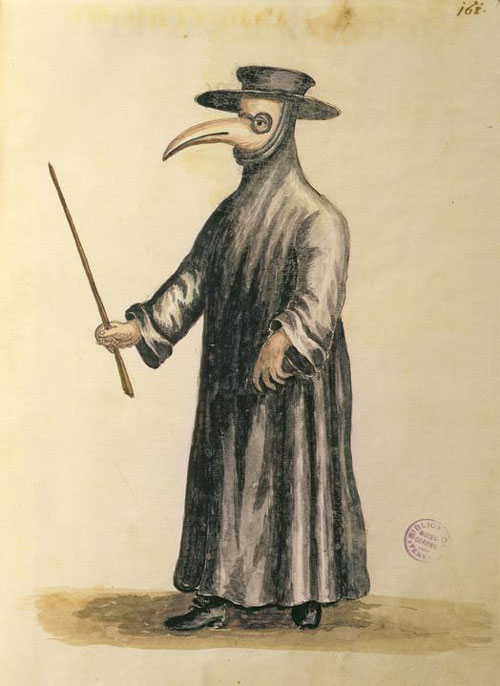 In times of plague outbreak, the mask design was thought to help stem the spread of the bubonic plague by preventing the disease from coming near the doctor’s nose as he treated patients. Typically the doctor wore a long cloak and gloves along with the mask and carried a stick that allowed him to examine patients without touching them. 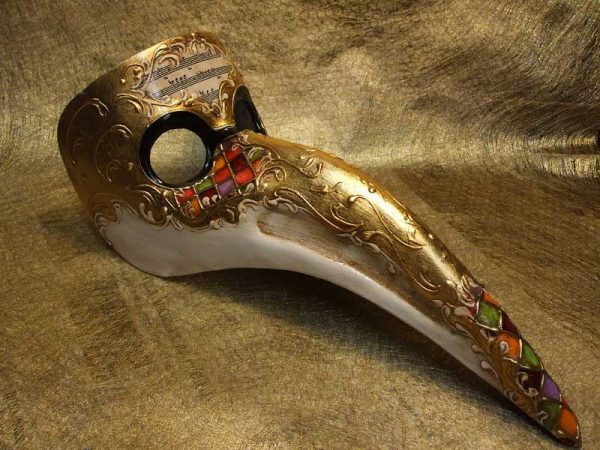 Today, the plague doctor mask is a popular Venetian carnival costume. However, the mask originates from in the harsh realities of disease in the pre-modern world rather than Carnival.

Strangely, the outbreak of coronavirus / COVID-19 corresponded with the publication of a plague-themed anthology that eight other historical fiction authors and I put out into the world. I promise we did not make this up! You can learn more about our book, WE ALL FALL DOWN, here. 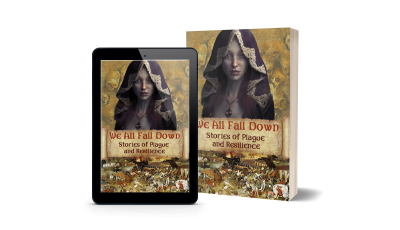 My heart is with all my family and friends behind closed doors in Italy right now! Hopefully we’ll all be able to step back out into the sunshine soon.

Are you currently quarantined in northern Italy? Drop a comment below and let us know what’s happening!

And… While we’re all staying home, we might as well read!

Here are some of my plague-related tales: 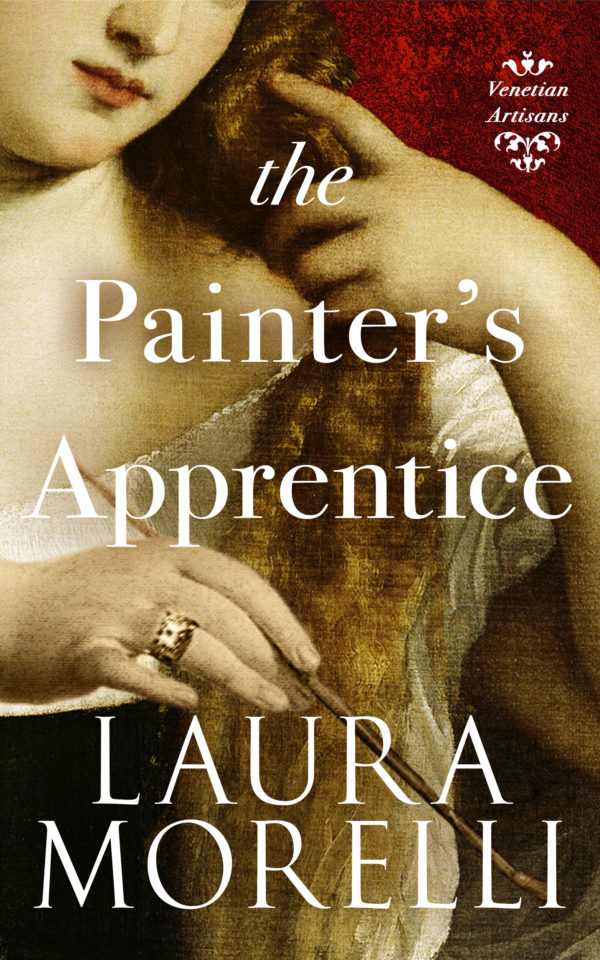 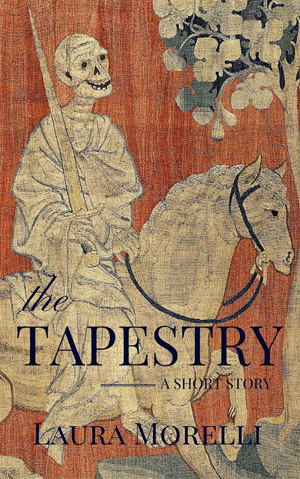 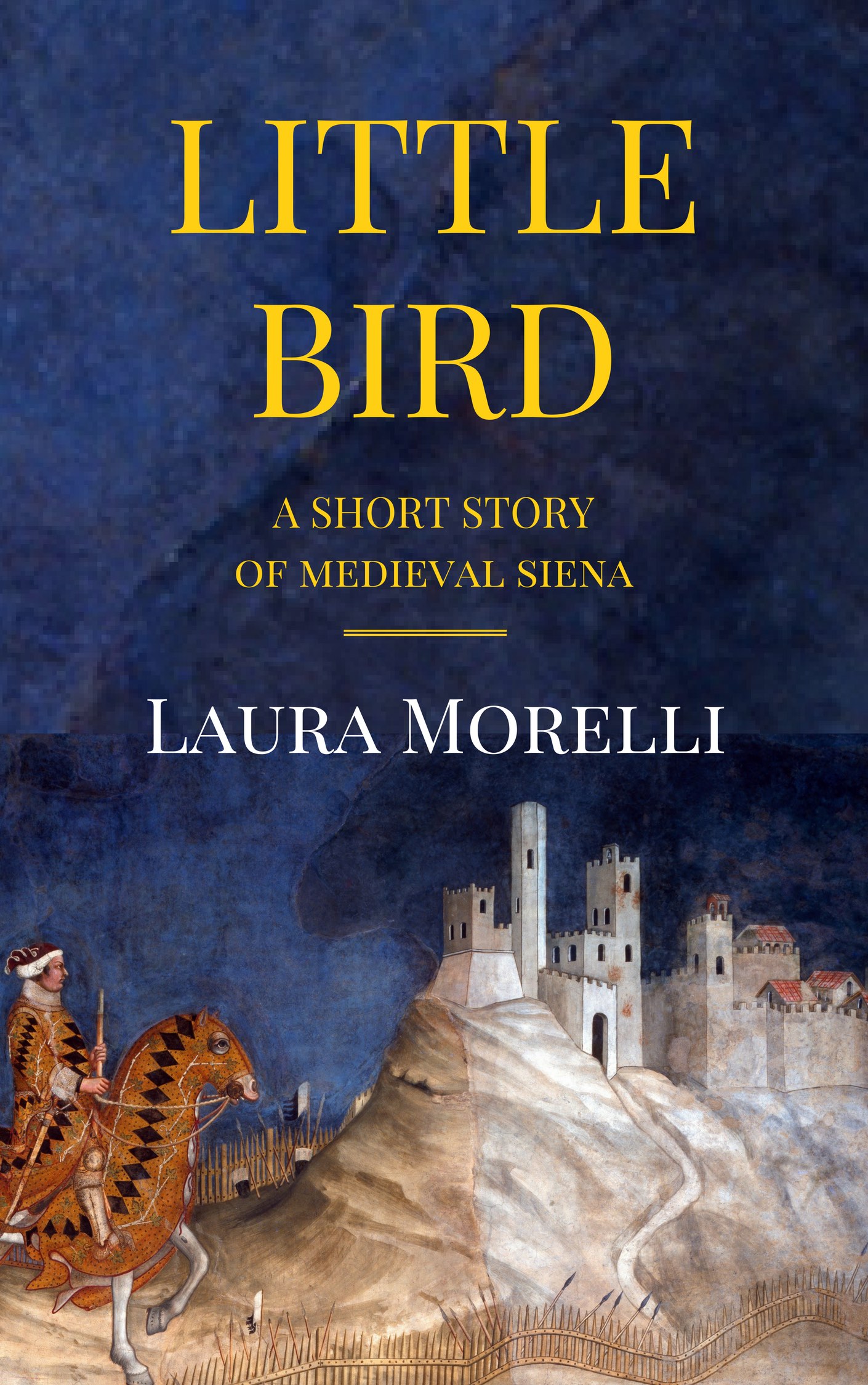 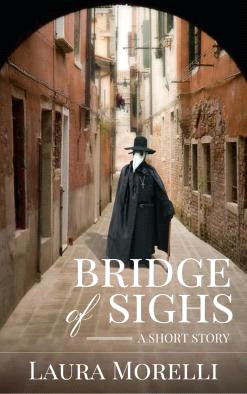