One of the most distinctive artisanal traditions of Sicily is handmade marionettes. These characters are the stars of the Sicilian theater, the opera dei pupi (òpira dî pupi in Sicilian dialect), which became a wildly popular form of entertainment toward the end of the 1700s. 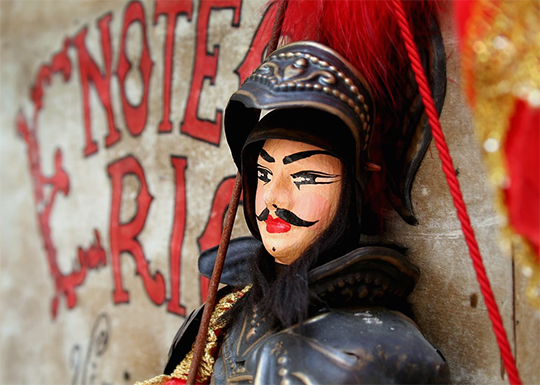 Today, with our technology and never-ending digital entertainment options, it takes a leap of imagination to envision a time when a marionette show had the power to captivate the masses. But up until relatively recent times, people waited in anticipation, sometimes far in advance, to see a performance that might them laugh, cry, or simply escape from their mundane lives. Often the tales unfolded over several evenings, luring the audience back night after night to find out what would happen next. For Sicilians living in remote villages, the marionette theater provided both entertainment as well as social opportunities they couldn’t find anywhere else.

Historically, Sicilian theaters were family affairs. Both the art of making the marionettes, as well as animating them from catwalks high above the stage, were passed down over generations. The marionettes came to life against elaborate and colorful handmade stage backdrops. Marionette theaters sought to outdo those in neighboring towns, and offered a feeling of common identity and civic pride.

Today, even after three centuries, a handful of Sicilian families keep the art of creating and animating these impressive pupi alive. 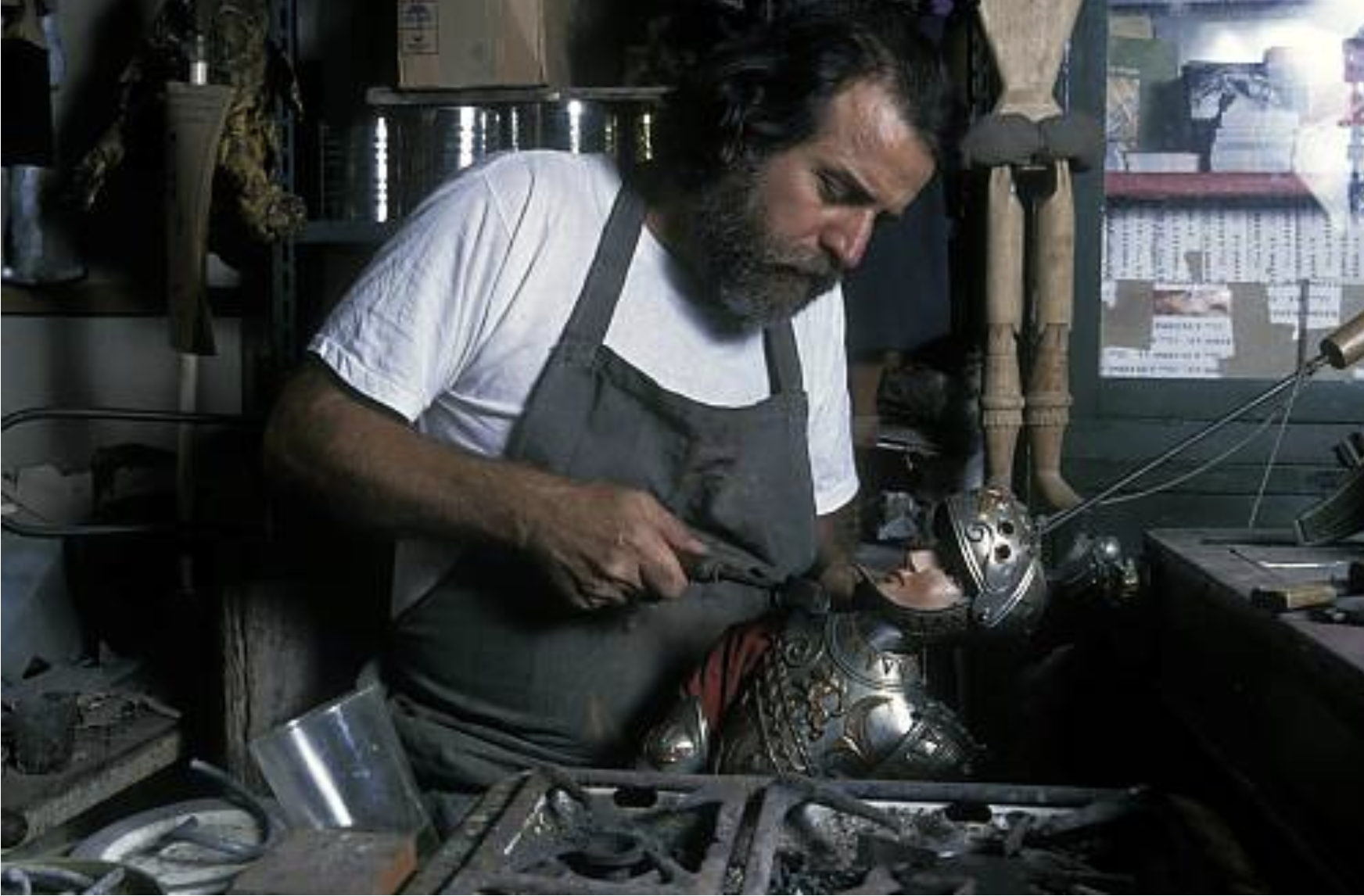 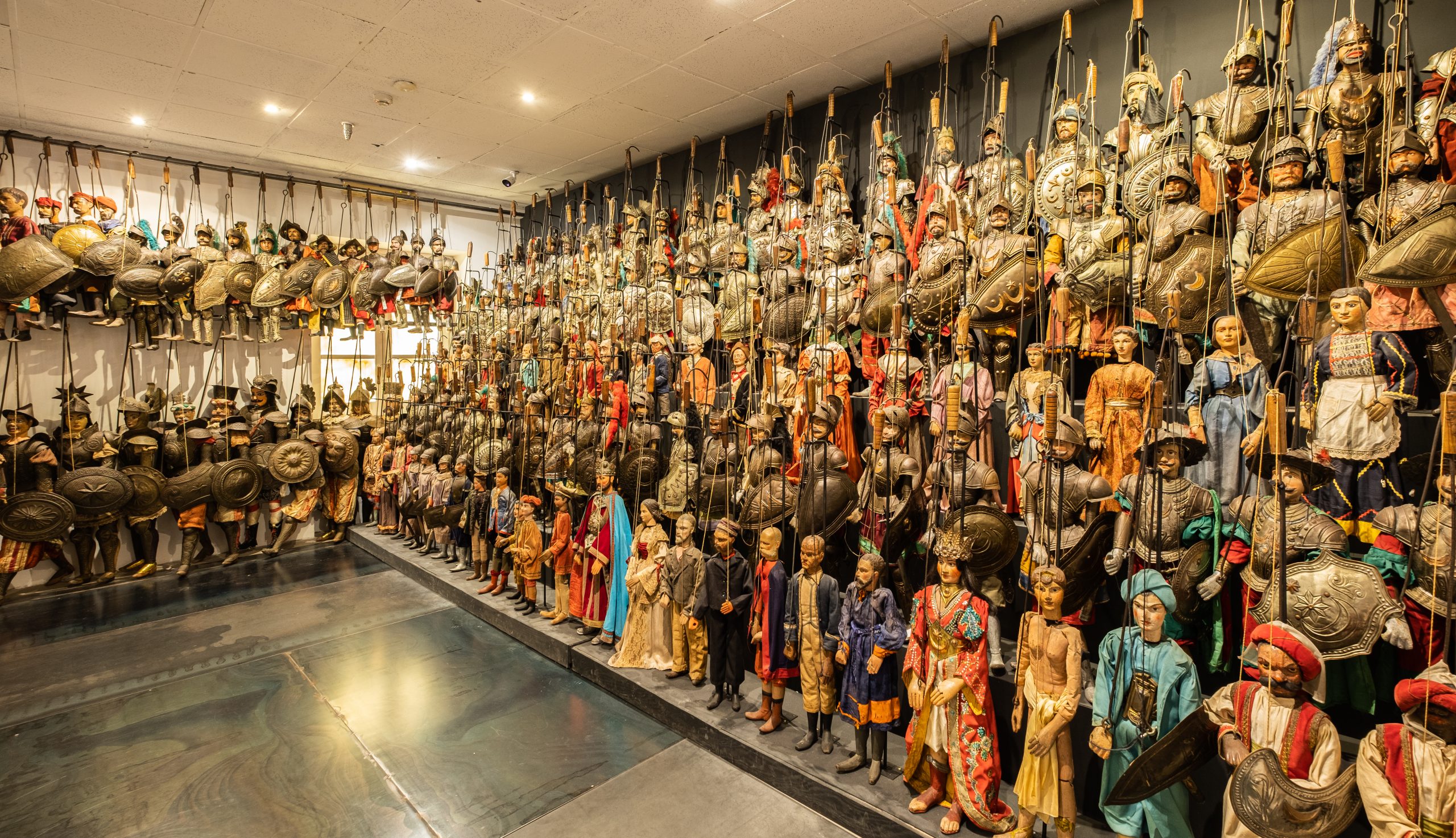 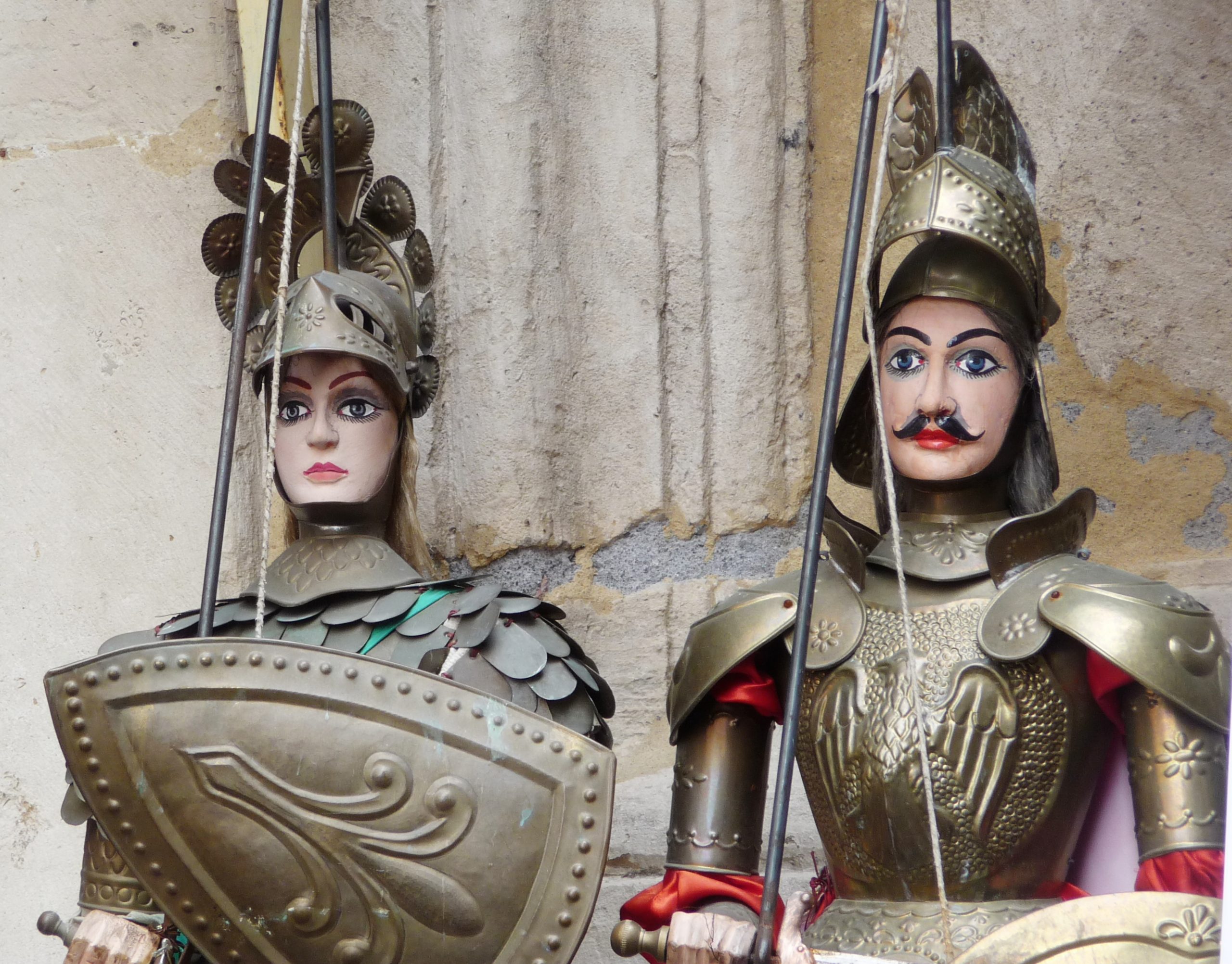 In the Sicilian theater, popular characters—kings, knights, princesses, sorcerers, and Moors—played predictable roles that audiences knew and loved.Part of the allure of the Sicilian theater lay in the lively dialog and banter between the characters. They followed formulaic plots but sometimes the performers ad-libbed and improvised, to the delight of audiences.

The stories enacted in the Sicilian theater brought together several storytelling traditions.The medieval chivalric literature of southern Europe included epic battles between good and evil, tales such as the Song of Roland, lives of the saints, and many variations on love stories. The Sicilian tradition of cantastorî, or “singers of tales,” is related to the French troubadour tradition made popular during the thirteenth century under the reign of Frederick II, Holy Roman Emperor, who held court in Palermo. For example, the popular story Orlando Furioso, based on a book by Ludovico Ariosto, chronicles the trials and tribulations of a beautiful princess, Angelica, torn between the love of two knights, Orlando and Ranaldo.

How Sicilian Marionettes are Made

Sicilian marionettes themselves are masterpiece of craftsmanship. Each one begins with a wooden core. Heads and hands might be attached with wires, and many figures have multiple wires to allow for more nuanced movements that require hours of practice. Specialized craftspeople carve and paint details, including their expressive faces. Finally, the marionettes are clothed in costumes and armor.

Each finished marionettemight weigh 65 to 85 pounds and stand up to four feet tall. Puppeteers must bear the weight of the marionettes—including knights wearing armor of solid brass—from the heights above the stage.

The creations are so unique and distinctive to each Sicilian town that in 2008, UNESCO added the Sicilian theater to their list of Masterpieces of the Oral and Intangible Heritage of Humanity. 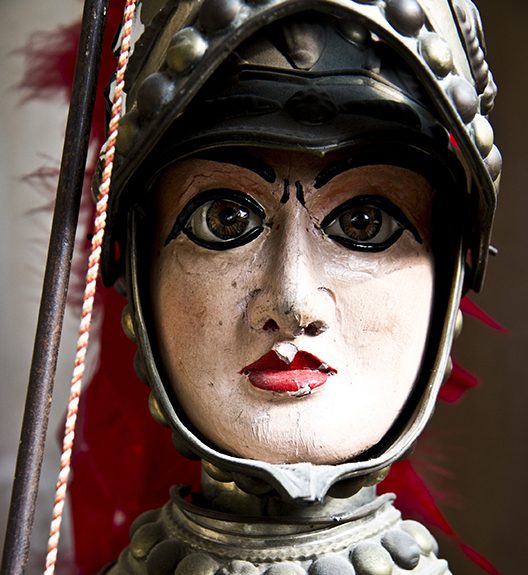 Where to Experience the Sicilian Marionette Theater

Nearly every town in Sicily once had a marionette theater. Although they don’t hold the popularity with wide audiences that they did a century ago, a number of talented artisans continue this rich folk tradition.

Until relatively recent times, a few multigenerational Sicilian families held this tradition in their hands, including the Grasso and Gargano families of Agrigento; the Pennisi and Macri of Acireale; the Canino of Cinisi; the Crimi, Napoli, and Trombetta of Catania; and the Greco family of Palermo. Today, a number of family-run businesses artisans still create and animate these impressive pupi. Some of the families also run private museums where you can see historical marionettes.

If you want to bring home a marionette, be aware that there are many small-scale, cheap knockoffs around Sicilian cruise ship ports and popular tourist sites. Start with the museums to understand what a historically accurate marionette looks like, then take the time to support the few authentic makers still in business. Expect to pay several hundred euros for an authentic marionette, depending on the size and materials used.

Have you seen a Sicilian marionette show? Let me know in the comments!