Was this man responsible for the fall of Rome?

Was this man responsible for the fall of Rome? 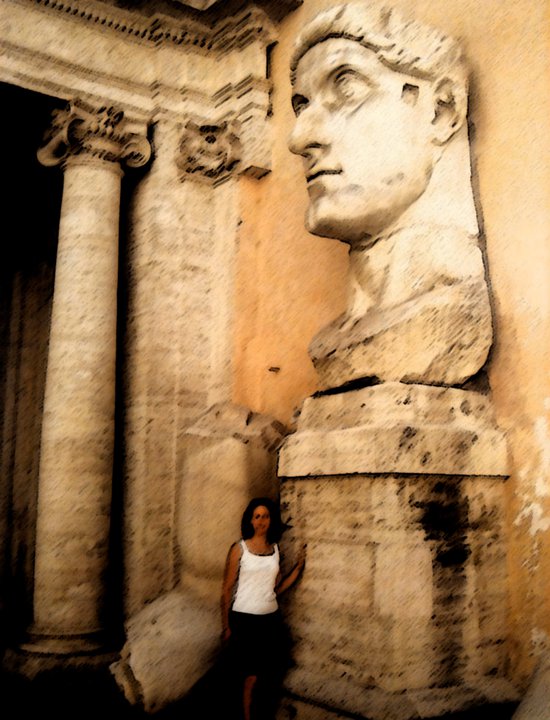 This vestige of a colossal sculpture of the Roman emperor Constantine the Great fascinates me. Its scale is massive; the head alone stands over 8 feet tall. Originally, the full figure filled the apse of the Basilica of Constantine in Rome, where the emperor gazed into the audience hall with an otherworldly stare.

What I find compelling about Constantine’s stone image, however, is not just its scale or the artistic achievement it represents. It also heralds the end of the Roman empire, and the beginning of a new era of art history–the Early Christian period and the so-called “Dark Ages” of Europe.

Does the stylistic change from classical to medieval represent a decline or a deliberate aesthetic choice? This question troubles and fascinates art historians. As a medievalist, I like to think of this changing aesthetic as a result of the larger cultural forces that dominated the late antique world–sometimes a choice, other times simply a reflection of a larger Mediterranean culture that would never be the same again.